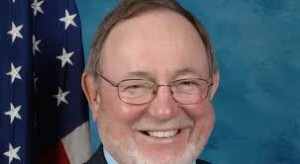 Alaskans are beginning to ask the multi-million dollar question about their veteran politician, and oil-industry stooge, Don Young.

At the end of last month, one journalist writing for the Alaskan Dispatch newspaper asked “Are Don Young’s political antics an Alaska asset or liability?”

The trouble for Alaskans is that Young, whose slogan is the “Congressman for All Alaska”, seems more interested in representing the oil industry than anyone else.

The Alaskan Dispatch argues that its “easy to suggest that perhaps Young’s behavior is due to him being past his prime, but it’s more likely that attitudes like his aren’t the norm in the halls of Congress any more.”

That may be an understatement. Young is currently being investigated by the House Ethics Committee, which is investigating a legal defense fund Young created to help pay his legal fees during a criminal probe into his behaviour by the Justice Department.

The Justice Department looked at Young’s ties to Bill Allen, a former oil industry executive who was at the center of the federal corruption case against the late Sen. Ted Stevens (R-Alaska).

Young’s spokesperson argues that “The Office of Congressional Ethics (OCE) initiated an inquiry earlier this year to determine if donations made to the Don Young Legal Expense Fund in early 2011, exceeded the contribution limit. The Congressman has cooperated with their inquiry.”

Whether Young has exceeded the limit remains to be seen. But what we do know is that this is a man who is used to taking money off the oil industry and then voting for bills that favour the industry.

A quick look at the Dirty Energy Money site will show you how much money Young has taken off the oil and gas industry and then highlight how he has backed the industry a cool one hundred per cent of the time, including:

Young has always had a checkered past. This is also the man labelled the “porkmeister” in the “bridge to nowhere” pork barrel politics scandal.

Even Alaskans are now tiring of his behaviour. The Alaskan Dispatch article also lambasts Young for introducing attention-grabbing legislation such as the eye-catchingly-named “STRIP” (Stop The Regulation Invasion Please) act, which asked the Obama administration to look at every regulation enacted in the last 20 years and repeal any “unjustified” regulations.

It also criticises him for his aggressive behaviour against Rice University professor Dr. Douglas Brinkey during a hearing on ANWR last month. In that exchange, Young called Brinkley’s testimony on the rationale to protect ANWR as “garbage.”

Given his backing by the oil industry, it is no surprise really that Young is one of the greatest advocates for drilling in ANWR. You know what they say, “he who pays the piper…”