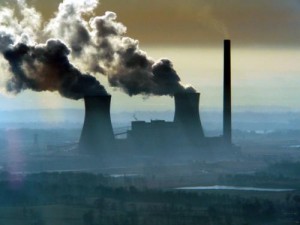 The daunting task of somehow creating a meaningful post-Kyoto deal at the Durban climate talks has been made even more urgent by the news that global emissions of carbon dioxide from fossil-fuels jumped by the largest amount on record last year.

According to new research by the Global Carbon Project (GCP) emissions of CO2 rose 5.9 per cent in 2010, which equates to a half-billion extra tonnes of carbon spewed into the air.

To put things into perspective, the GCP argued it was almost certainly the largest absolute jump in any year since the Industrial Revolution.

It is an astonishing turnaround from the recession-induced drop of 1.4 per cent the year before. The study predicted that CO2 levels would carry on increasing at a rate of about 3% per year.

The stark difference between the drastic need to stop the rising CO2 levels on the one hand and the political stalemate on the other, has been summed up by two scientists involved in the project:

Glen Peters, a researcher at the Center for International Climate and Environmental Research in Oslo, who was the lead scientists who produced the new analysis.

“Each year that emissions go up there’s another year of negotiations, another year of indecision,” he said. “There’s no evidence that this trajectory we’ve been following the last 10 years is going to change.”

Professor Corinne Le Quéré, director of the Tyndall Centre for Climate Change Research and professor at the University of East Anglia in the UK was another person involved in the research. “There have been efforts to use more renewable energy and improve energy efficiency but what this shows is that so far, the effects have been marginal” she says. “We need to do something about the 80% of energy that still comes from burning fossil fuels.”

But whereas the scientists say that CO2 needs to have peaked by 2020, the delegates are saying that a new post-Kyoto deal may not be likely until 2020, meaning that emissions will only peak years too late.

Even a deal by 2020 may not be plausible, as it remains remains unclear how much China — which now ranks as the world’s biggest emitter of greenhouse gases linked to climate change — would commit to as part of a future international treaty.

The European Commissioner for Climate Action, Connie Hedegaard, tweeted last night that it remained unclear whether China had embraced binding climate policies on a domestic level or a global one.

In the meantime, even the EU which has pushed for legally binding targets, will be more concerned about tackling its burgeoning debt crisis.

Other scientists reacted to dismay to the new figures: Professor Chris Rapley, professor of Climate Science at University College London, argued “A new level of decisive action is required now to achieve real emissions reductions. World leaders at the climate negotiations at Durban know the score; the opportunity to act consistent with their responsibilities and rank lies before them. We can only hope that they rise to the challenge.”

Julia Steinberger, lecturer in ecological economics at the Sustainability Research Institute, University of Leeds, said the research was “truly shocking, and constitute a global wake-up call”.