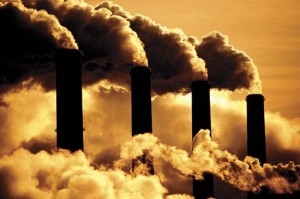 Such is our predicted catastrophic path of fossil fuel dependence, that over the next five years the last chance of combating dangerous climate change will be “lost for ever”, argues the IEA.

According to the most thorough analysis yet of world energy infrastructure undertaken by the IEA, by carrying on building “high carbon infrastructure” such as fossil fuel power stations, infrastructure and inefficient buildings, we are literally throwing our chance of combating climate change safely away.

Instead of a low-carbon renewable future, the world will lock itself into an “insecure, inefficient and high-carbon energy system” if it does not adopt a “bold change of policy directions”, the IEA warns.

Time is literally running out.

“The door is closing,” on governments’ attempts to meet their goal of limiting the temperature rise to 2C, argues Fatih Birol, chief economist at the IEA.

He told the Guardian: “I am very worried – if we don’t change direction now on how we use energy, we will end up beyond what scientists tell us is the minimum [for safety]. The door will be closed forever.”

The IEA’s drastic call to action comes in the run up to international negotiations on climate change later this month in Durban. After the last two disappointing summits, no one is expecting a breakthrough on the level necessary.

Indeed ironically many countries are even talking about postponing the talks.

The fact clearly irritates Birol. “I think it’s very important to have a sense of urgency – our analysis shows [what happens] if you do not change investment patterns, which can only happen as a result of an international agreement.”

At least the politicians can’t say they were not warned of the dangers of their inaction..