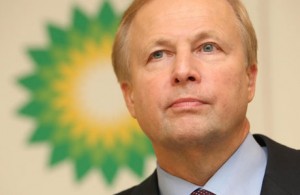 BP seems incapable of shrugging off the curse of the Deepwater Horizon at the moment, as the company jolts from one crisis to another.

A quick flick at this morning’s headlines do not make great reading for CEO Bob Dudley, after the acrimonious collapse of BP’s $7.1 billion deal to sell a majority stake in Argentina’s second-largest oil producer to Bridas.

In the bitter war of words that has followed the collapse of the deal, Bridas squarely put the blame on BP for the failing of the sale, including “the manner in which BP has behaved during the transaction and the signature.”

The botched deal is particularly bad news for Bob Dudley. The sale was one of the largest single disposals that BP had agreed in order to raise serious amounts of cash to pay for the cost of the Deepwater Horizon.

If this had been a one off event then investors might be in a more forgiving mood. But come as it does after the debacle over BP’s aborted tie-up with Russia’s Rosneft, then it begins to look like a pattern of incompetence.  And let’s not forget, Dudley played a central role in the Russian mess too.

One Wall Street Journal blogger describes it as “One step forward, two steps back seems to be the story of BP’s life right now”. The paper continues: “Mr. Dudley and BP risk appearing to be all mouth and no trousers.”

One Royal Bank of Canada analyst argued it “is potentially damaging to BP’s recently renewed credibility.”

Indeed the Guardian does not mince its words either, arguing that Dudley “faces a long haul to convince his critics that he has credible growth strategy”, after his strategy to rebuild BP “appears to be in tatters.”

The paper quotes the head of UK equities at one investment house , saying that Dudley “can’t afford to get a lot more wrong,”.

The ratings agency Fitch has also got twitchy about the failed bid, saying: “We believe that if the company’s cash position were to become more constrained in the short term, the company’s most likely first response would be to postpone any increase in its dividend payments.”

Even the FT argues that BP “makes an easy punchbag given events over the past 18 months, which is precisely why Mr Dudley cannot afford any further widening of the credibility gap.”

Analysts from UBS said in a research added that “As with all things to do with BP the issue is as much to do with risk and this deal failure does highlight execution issues again”.

If he does not get things right soon, it could be Bob’s neck on the chopping block.