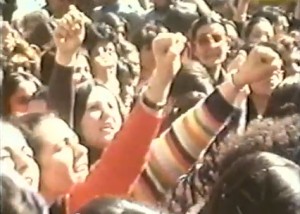 I remember years ago going to a lecture by a senior executive from Premier Oil about operating in Burma and he said that oil men liked working in authoritarian regimes as they were much more predictable than democracies.  Ironically they were more stable.

Over the last year, the Arab spring has challenged this concept to the core as previously several all-powerful tyrants were toppled.

It is no coincidence that many of the Middle East’s more ruthless dictators were sitting on large deposits of oil. The relationship between authoritarian regimes, oil and the Arab Spring is explored by Michael Ross, Professor of Political Science at the University of California, in an illuminating essay entitled “Will Oil Drown the Arab Spring?” which has been published by Harpers Magazine (subscription needed) and Foreign Affairs Magazine (behind paywall).

Ross argues that oil is behind much of the recent repression in the Middle East. “There is no getting around the fact that countries in the region are less free because they produce and sell oil”.  So the citizens of countries with little or no oil, such as Egypt, Jordan, Lebanon, Morocco and Tunisia generally had more freedom than those dripping with the black stuff: Bahrain; Iraq; Kuwait; Libya; and Saudi Arabia.

It is also no surprise that many of the more oil-rich authoritarian regimes have managed to hold on to power by essentially bribing their population with lower taxes or blatant hand-outs: Algeria invested $150 billion in new infrastructure and sugar handouts; Saudi Arabia offered $130 billion to increase wages and unemployment benefits. Kuwait went for the route-one bribe by offering citizens a cash lump sum of 1,000 dinars and free food.

It is also not surprising that the more oil wealth an autocratic regime has, the more secretive it is.

Ross points out that “Secrecy helps give oil wealth its democracy-repelling powers”. He quotes a 2010 survey by the International Budget Partnership that found that autocracies in the Middle East that have little or no oil, including Egypt, Jordan, and Morocco, release at least some scraps of information about their finances.

In contrast those oil titans of Algeria and Saudi Arabia disclose almost nothing.  And why should they when disclosing information could only widen dissent and people understand the scale of corruption?  As Ross points out: “It is worth remembering that the revolts in Egypt and Tunisia were sparked by the people’s growing awareness of government corruption.”

The other thing that oil allows brutal dictatorships to do is spend vast amounts of cash on their secret services and armed forces which helps them crush internal dissent and ward of external threats of invasion (although this did not help Saddam or Gaddafi).

Finally Ross points out that the oil curse is of course not related to the Middle East. Any regular reader of this blog will know how the people of Sub Saharan Africa have suffered, especially in places like the Niger Delta.

So finally how do we rid ourselves of this vile curse? The answer is blindingly obvious. “The oil curse will last only as long as the world buys huge quantities of oil,” argues Ross.

To rid ourselves of the curse we will have to beat our addiction first.