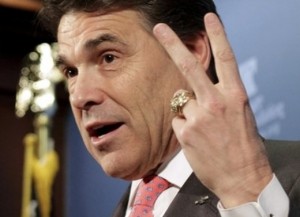 I wasn’t bowled over with surprise to hear news of Rick Perry’s energy plan today. I could have written it myself.

The plan is a fossil fuel industry wish list. Open everything up and dismantle any regulation that might get in the way of digging, drilling, fracking and burning. It’s not really news.

It wasn’t a surprise not just because Texan politicians have a tendency for drilling everything in sight, but when you look at Perry’s top donors, you just kinda get a feeling about where he’s going to stand.

Perry’s one of the country’s most successful fund raisers ever. And you guessed it; oil & gas companies are his biggest contributors. Not just by a little bit. The drillers and refiners are way out in front by a good $5 million or so, at over $11 million.

So it’s really no surprise to hear Perry repeat almost verbatim the reckless and destructive proposals of the American Petroleum Institute (API). The dangerous notion that we should drill off every coast, in the Arctic National Wildlife Refuge in Alaska, in the Arctic seas and basically everywhere that they’re not drilling already. The misguided goal of meeting all our energy needs with expanded fossil fuel production rather than by improving efficiency and developing clean alternatives. The inflated jobs figures that don’t stand up to scrutiny.

Only Florida escapes the Perry drilling plan because drilling there is not that popular with the voters Perry needs to win over in the primaries. I have news for you Florida, once you vote he’ll follow the API plan regardless. He’ll follow the money as he always has and always will.

I would refer Floridians and everyone else who values a coastline to observe the map below. It’s from a presentation that the API has been doing the rounds in Washington with since September. It shows the areas the API wants access to in order to deliver the oil, gas and jobs the plan promises highlighted in yellow. The same plans contains the same sound bites and figures being reiterated by Perry. 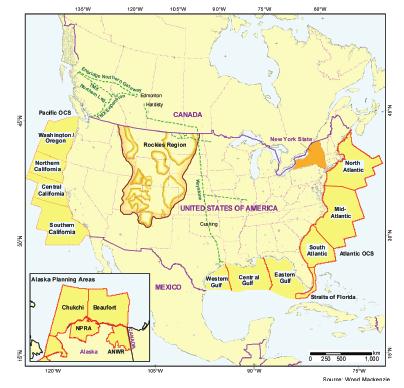 They want your coastline, they want your land and if Perry gets power, he’ll help them get it or lose his funding for the next election.

It really is as simple as that.