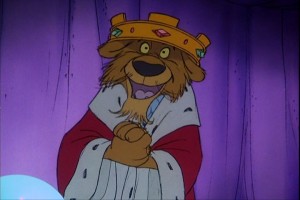 In a chilling preview of what life may be like if Rick Perry were to become president, a commission appointed by the Texan Governor is proposing handing Valero and other Texan refiners a tax refund worth $135 million.

That would be bad enough but where will they find the money in these hard times? Around half would be taken directly from public schools with much of that coming from the same ones that are filled with kids that suffer from refinery pollution. Perry and his corporate cronies are literally robbing the poor to give to the rich.

Valero, the company that unsuccessfully supported California’s Proposition 23, which would have scuppered that state’s climate change legislation, and the same company that is the biggest customer of the controversial Keystone XL pipeline, is at the forefront of this scandal. It stands to gain more than $92 million. In some counties such as Moore County, Texas, the potential refund would equal $720 per person. This comes at a time when schools in the area are asking parents to chip in for everything from volleyballs to science lab gloves due to cuts that have already been made.

Valero must need this money really badly to be pushing for it at a time when local schools are nearly bankrupt. Perhaps things are so hard for the refiner that the ethical dilemma of taking money from local schools to bolster the profits of a multi-billion dollar corporation is not an issue.

But that doesn’t seem to be the case. It seems that in the last quarter Valero’s profits were up 28%.  Indeed its net income was $744 million for April to July.

Well that can’t be it then. It must be good old fashioned corporate greed after all.

Gov. Perry is one of the most lavishly funded politicians in American history and the sector that gives him the most cash is oil & gas. Valero’s his second biggest contributor. It’s given him $147,895 and is in line for a $92 million pay back. That’s a 62,000% return. Not bad going. Once again generous campaign finance from Dirty Energy Money undermines American democracy.