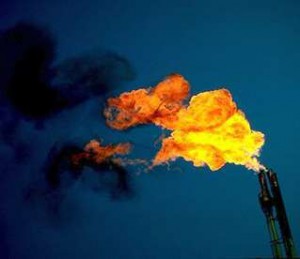 Twenty years ago, Ken Saro-Wiwa, who was then largely unknown in the west either as an environmental activist or writer, started touring the capitals of Europe to drum up support for the Ogoni campaign against the oil giant Shell.

Saro-Wiwa and the Ogoni had many issues with Shell – the fact that they had received so little royalties or money for community projects; the routine spillage and pollution as well as the constant gas flaring that blighted their land.

“Some children have never known a dark night even though they have no electricity”, wrote the British environmentalist Nick Ashton Jones at the time.

One of Saro-Wiwa’s most potent criticisms of the oil giant was that the oil industry would not operate like this back in its own backyard. They would not routinely pollute the landscape or flare gas. They were operating to double standards.

It was a charge that Shell knew could be toxic in itself: one standard for poor sub-Saharan Africa and one for the rich north. They vehemently denied and defended their actions. But Saro-Wiwa continued to argue that the oil industry would never behave in such an ecologically destructive and wasteful fashion back home.

For years Shell and the Nigerian government have been routinely slated for not stopping flaring. The figures of how much gas that has been needlessly burnt are eye-watering, when it could have been utilised to power homes, businesses or sent for export.

But many people would be shocked to find that gas flaring is now routinely happening in the US.

Twenty years after Saro-Wiwa’s pioneering campaign against the oil industry, concern over climate change has rocketed. Some sixteen months after the Deepwater disaster in the US, people are still really concerned about the environmental impact of the oil industry. You would have thought that concerns like these would have meant that regulations would be stricter.

So good on the New York Times for highlighting a new and growing stain on the landscape of the US.  It can only be described as a national disgrace.

The Times reports how: “Across western North Dakota, hundreds of fires rise above fields of wheat and sunflowers and bales of hay. At night, they illuminate the prairie skies like giant fireflies. They are not wildfires caused by lightning strikes or other acts of nature, but the deliberate burning of natural gas by oil companies rushing to extract oil from the Bakken shale field and take advantage of the high price of crude.”

Just like in Nigeria, the American drillers are treating the gas as waste and simply burning it.

The paper reports that every day, more than 100 million cubic feet of natural gas is flared this way — enough energy to heat half a million homes for a day.

The flared gas also spews at least two million tons of carbon dioxide into the atmosphere every year, as much as the emissions of 384,000 cars or a medium-size coal-fired power plant.

It’s ironic that the oil industry screams from the roof-tops about energy security, arguing we need new pipelines like the hugely controversial Keystone XL to keep America secure in its energy needs.

At the same time as the oil industry argues we need to import energy from Canada, some 30 per cent of the natural gas produced in North Dakota is currently burned as waste.  Does that make sense to you? Me, neither.

“North Dakota is not as bad as Kazakhstan, but this is not what you would expect a civilized, efficient society to do: to flare off a perfectly good product just because it’s expensive to bring to market,” Michael Webber, associate director of the Center for International Energy and Environmental Policy at the University of Texas at Austin tells the paper.

The companies are flaring because they can get away with it. Unbelievably there are no federal regulations on flaring at oil and gas wells.

Ironically at least in Nigeria, they now have those regulations, even if they are flouted.

So maybe Saro-Wiwa was wrong on one small account. When it comes to flaring the oil industry were not operating to double standards.  The shocking truth is that oil companies will flare wherever they can get away with it.