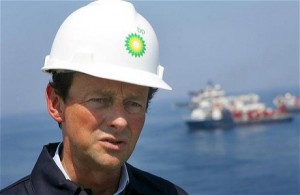 Tony Hayward, the former chief executive of BP, will sever all his ties with the oil giant.

Although he resigned from being Chief Executive last year in the wake of the Deepwater Horizon disaster, Hayward has remained on board of its Russian joint venture, TNK-BP. But it has announced that he will be resigning from TNK-BP in the next few weeks.

But whilst BP is increasingly being criticised for its stagnation and lack of direction, Hayward is back in the oil business big time. Last week his new company Vallares announced the $2.1bn acquisition of Genel Energy, a Kurdistan-focused exploration and production company.

The deal means that Hayward is personally in line for a $20 million windfall, something that many victims of the Deepwater disaster may find particularly hard to swallow.  As many still are fighting BP and trying to get compensation, Hayward looks set to make a fortune.

Hayward argues that the “Taq Taq is probably a billion-barrel oil field. Its proven and probable reserves are estimated at 650m but if you add in the probable barrels you get to over a billion.”

If you judge the character of someone by the company they keep, some of Hayward’s new bedfellows are pretty dubious. Mehmet Sepil, who has 29.06pc and is currently chief executive of Genel, will become president. Sepil was recently fined by the Financial Services Authority for a record £1m for insider dealing.

Mehmet Karamehmet, one of the founders of Genel and the current majority owner with a stake of 56.18pc, is fighting an 11-year jail sentence for an alleged fraud dating back to 2002.

But what the deal does is reflect the growing interest in Kurdistan. The deal “is part of a growing appetite for Kurdish assets,” argues Stuart Joyner, an analyst at Investec Securities. “It’s a new beginning for the Kurdish oil industry. In a few years there will probably be as many players there as in the southern part of Iraq, where Exxon, Shell and BP are involved. Most companies want to participate.”

Whilst Hayward’s star is rising again, BP remains stagnant or even falling.  Over the weekend, The Financial Times described it being stuck in a “strategic vacuum”. Both its Chairman Bob Dudley, who is currently in Russia on a business trip with British Prime Minister David Cameron, and the company’s chairman Carl-Henric Svanberg, are said to be “running out of time.”

And this is where the rub is. Part of the reason for BP’s vacuum is the legacy of Deepwater. As the FT explains: “Complicating all decisions, and seen as the biggest drag on its share price, is uncertainty over how much BP will have to pay for the gulf spill and whether it will be found to have been grossly negligent, something it has denied. The civil litigation is due to start next February but in the meantime, the Department of Justice continues to investigate the incident.”

So Deepwater continues to haunt BP, whilst Hayward is set to make a fortune in Kurdistan. Let’s not forget though that it was Hayward who was in charge on that fateful day last April when the Deepwater sunk. He may have left BP, but the past may yet come back to haunt him too.

Especially if the US Department of Justice comes calling.