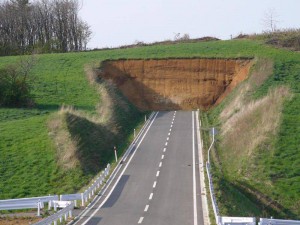 That the international oil majors face unprecedented challenges in growing their resource base is well known. Shut out of the richest pickings in OPEC countries and increasingly out performed by national oil companies, they have been forced to invest in the world’s most extreme oil resources. The tar sands is one such example. Ultra-deepwater and the offshore Arctic are others.

Exxon’s victory over BP in sealing a deal with Rosneft on exploration in Russia’s offshore Arctic may appear to buck the trend, but why did its share price drop the day the deal was announced? Perhaps because investors are wary of both the political and contractual risk in Russia as well as the extreme operational risk of finding and producing oil in the frigid and remote Arctic seas.

The tar sands is further developed than the offshore Arctic but nonetheless presents the companies with a range of challenges; technical, economic and political. The high costs of operating in Alberta’s remote heartland are an ongoing challenge as is the constant need to defend tar sands production from its critics.

One thing tar sands producers have always felt relatively assured about was a market. The U.S., an oil hungry neighbor with a severe anxiety complex over its dependence for oil on unstable and unfriendly countries, has always seemed like a sure thing for producers of oil in Canada. Indeed oil has flowed prolifically from Canada to the U.S. in recent years and Canada became the number one foreign supplier to the U.S. in 2004.

But tar sands producers are nervous about their reliance on the U.S. market. For a while it looked like there might be national carbon regulation in the U.S. that could penalize the high carbon emissions from tar sands production. That didn’t happen but the pesky Californians have enacted a Low Carbon Fuel Standard that pretty much keeps tar sands fuel out of that state and 11 north eastern and Mid-Atlantic states are considering the same.

Heavy sour crude derived from tar sands production can only be refined in refineries that have the special equipment installed to process it. A number of refineries have refitted specifically to handle the tar sands crude but it still remains a limited market.

The logistics of transporting the crude to the refineries that can process it has started to threaten tar sands growth. Until recently tar sands producers were relying on existing pipeline infrastructure but two new dedicated pipelines have been completed and now the refining region that those pipelines serve – the Midwest – is saturated with tar sands oil. This has been a primary cause of the unprecedented $20+ discount for the West Texas Intermediate (WTI) oil benchmark against which the low quality tar sands crude itself trades at a further discount.

The Keystone XL pipeline will not only help tar sands oil bust out of the Midwest glut but it will also enable the commodity to bust out of the American market as a whole. This is because gulf coast refiners are increasingly focused on export markets for petroleum products as U.S. gasoline demand enters terminal decline. In other words, the American market is shrinking and KXL will enable Canadian oil to reach beyond America via gulf coast refineries.

The issue is a huge one for tar sands producers because they have few other choices, at least in the short term, for breaking out of the declining American market. While the Albertan government and the industry threaten that they will simply sell the oil to China if KXL is blocked the reality is far less simple. Exporting to China requires a new pipeline to the British Columbian coast and that faces immense opposition from First Nation groups along the route and along the coast where tankers would have to negotiate the treacherous sounds, threatening the fishing grounds that communities rely on. Most industry watchers believe that if a pipeline to the west coast can be built at all it won’t be delivering oil much before 2020.

Claims by industry consultants defending the project that the oil would find its way to gulf coast markets without the pipeline are ludicrous. The capacity of rail and existing infrastructure cannot handle the industry’s ambition to grow production. If it could why would they be proposing a $7 billion bullet line?

So the building public dissent against KXL, its appeal to the grassroots supporters of Obama’s potential reelection, along with new revelations that the export focus of the pipeline undermines its energy security rational, should be watched with increasing anxiety by the industry. If Obama were to block the pipeline, they would have a massive problem.

Companies such as ExxonMobil that are in the midst of developing massive tar sands projects would be grievously damaged by KXL not going through. Where would all that new tar sands oil be processed? Shell would face a major dilemma over what to do with some 20 billion barrels of undeveloped reserves, a third of its total resource. BP, beleaguered as it is after its Gulf of Mexico disaster and its disappointment in Russia, has three major investments in the tar sands none of which have started to produce yet. ConocoPhillips, Total and Chevron all have significant undeveloped tar sands resources.

All of these companies would be severely affected by the denial of passage for the KXL pipeline because they have become increasingly dependent on tar sands oil as one of the few resources they have been able to acquire in any significant quantity. Our report in January showed that four of the six majors would not have replaced 100% of their reserves between 2005 and 2009 without acquiring tar sands resources. For ConocoPhillips, a full 71% of its liquids reserves additions were tar sands reserves in the period.

The controversy over the KXL pipeline exposes the intense vulnerability of the majors in today’s fast moving energy market. One unsuccessful infrastructure project could unravel the work of the past 5 or more years and destroy company value at a stroke. The strategy of these companies to stick with oil at any cost looks increasingly fragile, as does the investor focus on reserves replacement no matter the risk. Companies and investors need to look at new ways of creating value. The old model is looking tired.