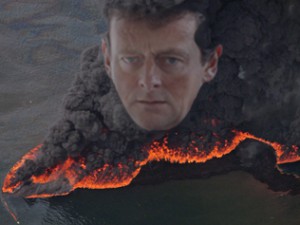 Investors may have poured their cash into the rogue’s gallery that is the new venture by Tony Hayward and “Nat King Coal” Rothschild called Vallares.

As I blogged yesterday, Vallares was over-subscribed raising just over $2 billion to buy assets in the oil and gas sector.

Investors were said to be reassured by Hayward’s knowledge of the oil and gas industry, and Rothschild’s growing influence as a financier of fossil fuel projects.

It is widely assumed that Hayward will become the new CEO of any large company that Vallares takes over.

However, Hayward may have left BP but he has not left his troubles behind him. He may still face court over his role in the Deepwater disaster last year.

Hopefully the new investors have read the small print and understand the risks they are taking, especially if somehow Hayward is found culpable.

Buried deep in the small print of the Vallares prospectus, it warned investors: “In the case of Mr Hayward, the company cannot rule out the possibility that he may be required to spend time responding to charges, investigations, lawsuits or other proceedings deriving from the oil spill from the oil rig ‘Deepwater Horizon’ in the Gulf of Mexico … It is possible that Mr Hayward will also sit for a separate deposition in relation to the Texas MDL [multi-district litigation]”.

Vallares argued that the chances of criminal proceedings against Hayward were seen as unlikely. But this said, “The company cannot exclude the possibility that US federal or state agencies will pursue criminal charges or regulatory proceedings against Mr Hayward at some point in the future … It is possible that in the course of any investigation, US federal or state agencies may ask Mr Hayward to provide documents or testimony.”

And here in lies the rub.

Hayward’s experience of the oil and gas markets is considered vital to Vallares in its efforts to find high-quality investments. But at any time Hayward may be indicted, called to give evidence, charged or even -in the worst case scenario – jailed for criminal negligence or a similar serious charge. So they could lose their CEO.

Even if this does not happen, it will be difficult for Hayward to run a company if he is spending half his time in court or preparing for court.  Just last month Hayward had to give a deposition to lawyers in Louisiana over compensation claims against BP alleging personal injury, wrongful death and property damage

So Vallares may be a new start for Hayward but his past looks like it is set to haunt him for a while yet.