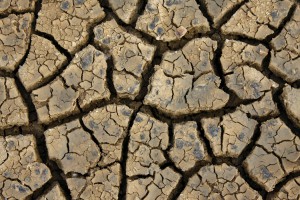 From the southern states of the US to Northern Europe the words on many people’s lips is: Drought.

In Texas the worst drought in more than a century is beginning to cripple the state. Ironically it is also threatening Texas’ fracking boom as there just isn’t enough water to go round. In Texas, it is the eighth year of “exceptional” drought there in the past 12 years.

“I don’t know how much more we can take,” says John Butcher, a peanut and cotton farmer near Lubbock, Texas. “It’s dry like we have never seen it before. I don’t remember anything like this. We may lose everything.”

Meanwhile in the UK, last Friday official drought status was declared in the East of the country after England suffered its driest spring in a century.

But its not all dry in the UK. Scotland, had its wettest spring on record for the three-month period of March, April and May, showing the wide regional variation.

Nor is it just Southern Britain that is dry. Some sixteen countries across Europe have experienced a seriously dry spring.

EENews reports how the Geneva-based World Meteorological Organization said last week that between February and May, rainfall over Europe was 40 to 80 per cent of the long-term average. In many parts of western and central Europe it was even below 40 per cent.

In France water restrictions are now in place in over half the country’s administrative regions. The French Agriculture Minister Bruno Le Maire has warned that the driest spring in half a century could cut wheat yields prices.

In Germany, springtime was the driest March-to-May period since 1893. Oil seed rape harvests are expected to be down by  20 per cent or more.

The drought in Europe follows  massive floods in Australia, China and the southern US. In China, a “once-in-a-100-years” drought in southern and central regions has been followed by flash floods which have killed over 100 people and forced 100,000 people to evacuate their homes.

Floods in America followed on from the country’s most destructive tornado season ever saw 600 “twisters” in April alone.

But as John Vidal points out in today’s Guardian, “The impacts of extreme weather are greater in poorer countries, which this week are trying to secure a climate deal in the resumed talks in Bonn.”

In Mexico, over 3.5 million farmers are on the brink of bankruptcy because they cannot feed their cattle or grow crops.

“We are being battered by the adverse impacts of climate change,” a negotiator for the G77 group of developing countries told the Guardian.

“Frontline states face a double crunch of climate heat and poverty. But the rich countries still will not give us the cash they promised to adapt or reduce their emissions.”

But what is worse for the poor nations is that rich nations refuse to accept that climate change is actually happening.

Last week a poll showed that Americans are still split over whether global warming his happening. Researchers found that that 64 per cent of American adults now believe that the planet is warming, but that only 47 per cent said that it was caused mostly by human activity.
Alarmingly, most Americans seem unaware of the broad consensus among scientists that human-induced climate change is happening.

As John Vidal says “Sceptics argue that there have always been droughts and floods, freak weather, heatwaves and temperature extremes, but what concerns most climate scientists and observers is that the extreme weather events are occurring more frequently, their intensity is growing and the trends all suggest long-term change as greenhouse gases steadily build in the atmosphere.”

Nikhil da Victoria Lobo of the giant insurance firm Swiss Re, which last month estimated losses from natural disasters have rocketed from $25bn a year in the 1980s to $130bn a year today, told the Guardian: “Globally, what we’re seeing is more volatility,” he says a drought, flash floods, and heatwaves become the “new normal”.

Friedrich-Wilhelm Gerstengarbe, assistant director of the Potsdam Institute for Climate Impact Research in Germany adds: “We have to get accustomed to such extreme weather conditions, as climate change intensifies”.

Something is going on and its called climate change.