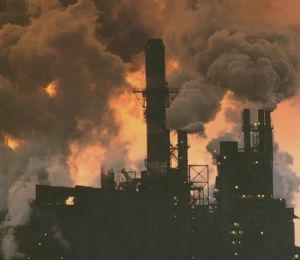 When historians look back at the beginning of this century, one of the complex phenomena that they must unravel is that as the warnings about climate change got more severe, the stronger the conspiracy became that it was not happening.

Take just the last 24 hours. Yesterday, the Guardian ran with the headline that “Worst ever carbon emissions leave climate on the brink”.

The paper reported that according to unpublished estimates from the International Energy Agency, greenhouse gas emissions increased by a record amount last year, to the highest carbon output in history, despite the fact that the world was in recession.

For years the aim has been to try and keep any temperature rise to 2 degrees Celsius, seen as the threshold for potentially “dangerous climate change”.

The latest news means this goal is likely to be just “a nice Utopia”, according to Fatih Birol, chief economist of the IEA.

The IEA has calculated that if the world is to escape the most damaging effects of global warming, annual emissions from energy should be no more than 32Gt by 2020, so this means that the limit will nearly be exceeded nine years early.

“I am very worried. This is the worst news on emissions,” Birol told the Guardian. “It is becoming extremely challenging to remain below 2 degrees. The prospect is getting bleaker.”

“Bleaker and Bleaker” was the phrase used by the paper’s leader writers as they bemoaned not just the rise in emissions, but the fact the news came when “the old centrist certainties about how to tackle climate change are palpably out of date, and yet no new ideas have come along as replacement.”

Take just one of the impacts of climate change: on food. The development charity, Oxfam, today warns that the average price of staple foods will more than double in the next 20 years.

The charity argues that the world an era of permanent food crisis, where the poor will be hit hardest and which will lead to political unrest. And one of the primary drivers  is climate change.

“We are sleepwalking towards an age of avoidable crisis,” Oxfam’s chief executive, Barbara Stocking, argues. “One in seven people on the planet go hungry every day despite the fact that the world is capable of feeding everyone. The food system must be overhauled.”

He adds: “It’s far smarter to repeat to yourself the comforting mantra that no single weather event can ever be directly tied to climate change. There have been tornadoes before, and floods — that’s the important thing”.

But then McKibben goes on to say: “Just be careful to make sure you don’t let yourself wonder why all these record-breaking events are happening in such proximity — that is, why there have been unprecedented megafloods in Australia, New Zealand and Pakistan in the past year. Why it’s just now that the Arctic has melted for the first time in thousands of years.”

“Better to join with the U.S. House of Representatives”, argued McKibben “which voted 240 to 184 this spring to defeat a resolution saying simply that “climate change is occurring, is caused largely by human activities, and poses significant risks for public health and welfare.” Propose your own physics; ignore physics altogether.”

And that is what the Republicans and sceptics are doing: ignoring the vast amount of scientific and contemporary evidence that climate change is occurring now.

As Sahil Kapur wrote yesterday in the Guardian – the same day as the news on emissions was reported –  “To its eternal shame, the Republican party has taken climate change denial out of the crank fringe and made it mainstream.”

Kapur talks about how “The United States is experiencing a golden era of conspiracy theories”. From the “9/11 truthers” to the “Trig birthers” to the “Obama birthers” and, most recently, the “Bin Laden deathers”, alternate theories of reality are alive and thriving on the American fringes, perhaps more so than ever in the age of digital media.”

He adds: “One group of these conspiracy theorists, however, has escaped the label – and has even succeeded in bringing its theory into the mainstream. These are the people who deny that human activity is contributing to climate change, despite overwhelming evidence to the contrary – call them the “climate truthers”, for lack of a better term.”

Kapur goes on to state that “Climate trutherism embodies the lynchpin of most conspiracy theories: the belief that a group of influential people is coordinating a wide-ranging cover-up to advance their interests by bamboozling the rest of us. Doubting human-caused climate change requires the same paranoid logic as, say, doubting that the 9/11 attacks caught Bush officials by surprise, or that President Obama’s birth certificate is a forgery. But rather than believing that we’re being lied to by the Bush White House or Obama’s mother and the state of Hawaii, you’re required to believe that we’re being lied to by nearly every scientist and scientific institution in the world.”

And, in part because of the conspiratorial hold on Republicans, when Governments meet next week in Bonn for the next round of the UN climate talks, little progress is expected.