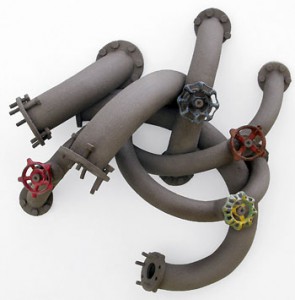 Why Canadian oil does not make America secure

Political turmoil in the Middle East once again exposes America’s dependence on oil and its vulnerability to global price spikes. On Capitol Hill, Big Oil’s political lackeys are stepping up their campaign for supply solutions and the current must-have item on their list is the Keystone XL pipeline and the dirty tar sands oil it will deliver.

The American Petroleum Institute is running ads touting Canada as a friendly neighbor that “could provide more than one quarter of America’s daily oil needs.” Two weeks ago, Sen. Mary Landrieu (D-LA) asked her colleagues to sign a letter to Secretary of State Hillary Clinton declaring: “As a matter of national security it is incumbent . . . to increase our oil supply from reliable, trusted and environmentally conscious energy partners such as Canada.” And at a congressional hearing tomorrow, hosted by a subcommittee of the Committee on Foreign Affairs, “the urgent case for Canadian oil” will be debated in light of “Rising oil prices and dependence on hostile regimes”.

But the notion that Canadian oil can insulate the U.S. from price shocks is a pipedream.

The U.S. already imports over two million barrels of oil a day from Canada. Since 2004, Canada has been its biggest supplier of foreign oil. But oil is globally traded and price spikes affect sources and consumers worldwide. Opening a new corridor for oil has no impact as long as global demand outpaces supply.

Between 2003 and 2008, the Canadian oil industry spent $50 billion to increase tar sands production by a mere 350,000 barrels a day. But in that period global demand grew 9 million b/d.  Tar sands expansion did nothing to prevent the 2008 oil and gasoline price spike and it has done nothing to cushion this latest jolt.

Today there is a surplus of oil in the U.S., with a record glut of 40 million barrels in the oil depot at Cushing, Okla. EIA data from the past six weeks shows that U.S. oil supply actually increased in this period, as did stocks, imports and product exports. Yet in the same period U.S. crude oil prices rose more than 20 percent, and gasoline prices posted their biggest weekly hike since Hurricane Katrina.

OPEC producers are not threatened by tar sands oil. With more than three-quarters of the world’s proved reserves, OPEC will always control the market. According to the International Energy Agency (IEA), no matter how fast other producers increase output, OPEC’s world market share will rise from 41% in 2009 to 52% by 2030. Even with aggressive expansion, non-OPEC producers can’t keep up with rising demand and the decline of existing capacity.

OPEC nations keep production capacity low to maintain the highest price the market can bear. When more oil is brought to market they decrease production, keeping prices where they want them. If anything, by increasing non-OPEC supply OPEC producers are saved the effort and expense of investing in new capacity.

As with all sources of non-OPEC crude, Canadian oil supply maintains no spare capacity. The industry is highly capital intensive and is operated on the basis of maximizing shareholder return. Therefore it cannot afford to maintain underutilized production capacity that could be brought on stream in an emergency. In fact Canadian tar sands facilities generally operate at about 20% below nameplate capacity due to maintenance, downtime and incidents.

America consumes 22 percent of the world’s oil. With Canada and Mexico, North America holds just 5.5 percent of proved oil reserves. The idea that a few million barrels a day of oil from the U.S.’ neighbors can insulate us from the global market is, as University of Calgary oil economist Philip Verleger says, a fairy tale.

There is but one effective thing the U.S. can do to counter the threat of “rising gas prices and dependence on hostile regimes”: Reduce its appetite for oil. Increasing vehicle efficiency, diversifying to electric and hybrid vehicles, switching to sustainable renewable fuels and reducing vehicle miles traveled and addressing congestion and waste, can set America free from the world oil market and create a healthier, more economically robust nation.

Can it be done? Yes. Studies suggest by 2030 the U.S. could save 7 million barrels of oil a day above reductions already set by law. The EPA calculated that oil used in transport could be cut 42 percent by 2035. The Rocky Mountain Institute, in collaboration with the Pentagon, says the country can cut out oil use altogether by 2050.

Pushing Canadian tar sands oil – or nearly any other supply side false solution – as the answer to American vulnerability to OPEC is simplistic and opportunistic. Only by reducing demand for oil can the power of the OPEC cartel be curtailed.

See here for more information on this issue.