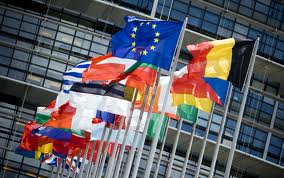 OK, this week is turning into a tar sands one.

The Koch brothers may be keen on cooking the climate by investing in the tar sands, but the EU is one place they may not be able to sell their dirty oil.

There is one hell of a diplomatic spat going on behind the scenes at the EU. And it concerns something called the Fuel Quality Directive.

The Directive obliges oil companies to reduce greenhouse-gas emissions of fuels by 6% by 2020.

To measure these reductions, the Commission decided to set values for oil that reflect the pollution it caused.

The commission had been expected to make a proposal at the end of last year; however, the plan was delayed by an internal debate about whether to give a separate greenhouse gas (GHG) value to the tar sands, as its so polluting.

As you can imagine, Canada has been fighting hard to make sure this does not happen.  For example, International Trade Minister Peter Van Loan has said the Canadian government is “very concerned” about the Directive.

Essentially Canada has been doing everything in its power to have the FQD undermined and to argue there is no difference between the tar sands and normal fuels.

However, earlier this year, a study recently released by the Commission found the average GHG intensity of tar sands fuels to be 23 per cent higher than conventional fuels.

This has horrified the Canadians who have now attacked the study. They are asking for more delay. They are questioning the validity of the report.

In statements in the European Parliament last week, several MEPs took Canada to task for its opposition to the Directive. “The government of Canada has been lobbying us in a manner that is not acceptable,” said Satu Hassi, a Green Party MEP from Finland and vice-chair of the parliament’s environment committee.

Fiona Hall, on behalf of the ALDE Group, argued that “the lack of progress has been deeply frustrating.”

Linda McAvan, a Labour MEP said: “I know there has been a lot of lobbying about this, we have all heard about it, we have met the different lobbyists, and even now that we know that tar sands and oil shale are dirtier than conventional oil, we are now being told ‘no, let us have more studies, let us have more time’.”

She continued: “But we have the facts on tar sands now, so I do not see any reason to delay. Tar sands are one of the most polluting ways of producing transport fuel known to man. It follows that they should be given a different categorisation in the Fuel Quality Directive, otherwise there is nothing to stop transport fuels getting dirtier under the Fuel Quality Directive instead of cleaner.”

Now the Commission has buckled once again and has given in to Canadian demands to have the study peer reviewed. Last week, Climate Change Commissioner Connie Hedegaard confirmed the proposal “could be discussed with the member states in the coming months”, but insisted the GHG values identified in the report will be subject to a limited peer review.

But crucially she also said that the Commission will have separate values for tar sands.

Hedegaard said: “Without prejudging the outcome of the peer review process and the subsequent commission internal consultation, it is the commission’s intention at this stage to present a draft implementing measure to the relevant regulatory committee that will include default values both for oil sands and for oil shale, as well as for other unconventional fuels such as coal to liquids and gas to liquids”.

But watch this space as this fight is not over.