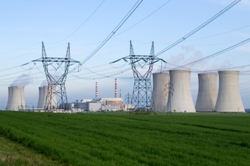 The unfolding nuclear emergency in Japan once again highlights the vulnerability of our centralised energy infrastructure to major disasters or even a potential terrorist attack.

At the moment all efforts must go to containing and controlling the nuclear disaster at Japan’s Fukushima plant. When this is done, at some time serious questions need to be asked and answered. The wisdom of sighting nuclear power plants on such a seismically active fault line now seems to be wholeheartedly reckless.

But once again the safety of the nuclear industry per se will be in the dock. As the Financial Times reports this morning: “Governments around the world are scrambling to reassure their publics over the safety of atomic power”.

Already Germany has suspended plans to extend the life of its nuclear plants pending an inquiry into nuclear safety. Tens of thousands of protestors marched against the technology at the weekend.

Across the world, many other nuclear building programmes will be put on hold whilst inquiries are held and nuclear bosses are grilled.

What a difference a week makes. A week ago, some energy bosses may have looked at the turmoil across the Middle East and been saying they were glad they invested in nuclear. Not anymore. One winner in all this may be a revival in the dash for gas in Europe and the US.

But for anyone in Europe looking at what is happening in Japan and thinking the same kind of rolling blackouts could not happen here, is mistaken.

There is a timely article published in the European Energy Review that highlights the vulnerability of Europe’s electricity system.

Europe many not be seismically active like Japan, but there are other risks.

Almost ten years after 9/11, the Review notes, the EU has barely taken any steps to develop a common policy to protect its critical energy infrastructures.

The article quotes Stephen Gregory, CEO and owner of security risk management consultancy Harnser Group, who has been warning for a while how vulnerable Europe’s energy infrastructure too

What few people realise, however, says Gregory, is that the electricity system has few back-up possibilities if certain critical components are knocked out. ‘If you destroy a 400,000 Volt transformer, it could take between 6 and 12 months to build a new one. You cannot buy such components off the shelf. And they are not held in reserve.’

The problem is compounded by the growing international interdependence of various nations on each other’s energy supply and insfrastrucure.

“The continuing integration of the EU energy market is leading to growing interdependencies within Europe”, says Gregory. “A small failing somewhere in the system can have a cascading effect, which won’t stop at the borders anymore. This means that any country these days is dependent on security measures taken in other countries. The chain is as strong as the weakest link.”

The article criticises how little the EU has done on the issue since 9/11.

One action it has taken is the development of a risk management project called Euracom project, which was started in 2009. Funded by the Commission as part of the 7th Framework Program, it is a joint initiative of the European Organisation for Security (EOS), and three research centres and three private companies – Thales, Edisoft and Altran.

In January 2011, Eurocom held a conference which was addressed by Fernando Sanchez Gomez, Director of the National Centre for the Protection of Critical Infrastructure at the Ministry of the Interior in Spain.

Sanchez Gomez told the conference that the EU must put in place radical measures to make our energy infrastructure less vulnerable. Otherwise “what is at stake is the very state of welfare and the daily lives of the citizens. We are so dependent on these services that we simply cannot do without them … we would be paralyzed and we would be taken back to the Stone Age”.

Another way would be to start decentralising our energy supply.