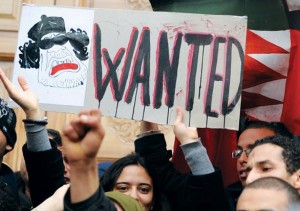 The press reports this morning that members of Opec have joined Saudi Arabia in boosting oil output to make up the fall in output from Libya.

The countries concerned – Kuwait, UAE and Nigeria – have all promised to boost production.

In many ways you could argue that OPEC’s gamble is trying to delay the inevitable, the end of the hydrocarbon age as we know it.

In the short-term, Opec can hold its finger in the dyke. Before the current Middle East crisis, its spare capacity stood at about 4.7m b/d, enough to easily swallow up any Libyan reduction.

But for how long can it raise output or keep that level of sustained output? How long before the dyke bursts?

No one knows, just like no one really knows how much oil countries such as Saudi Arabia have left under their deserts.

What we do know is that the age of certainty or secure supply, could be coming to an end. As one senior oil trader puts it: “We are moving into a new era. The certainties about the Middle East of the past 20 years are now over.”

Plenty of countries that produce oil from Oman, Yemen, Bahrain and Algeria to Nigeria, could all wobble one way or the other. Nigeria, as any regular reader of this blog will know, is hardly a bastion of peace, security and stability.

The elephant in the room remains Saudi Arabia. Just image what would happen to the oil price if the uncertainties of its reserves are proved right and then the popular unrest sweeping the region leads to a destabilised kingdom.

Michael Wittner, head of oil research at Société Générale in New York told the Financial Times last week that were unrest to hit Saudi output, the oil spike could go anywhere. “It’s the ultimate worst case scenario for the oil markets,” says Mr Wittner. “This is when you can come up with pretty much any silly number you want.”

Jeremy Leggett the founder and Chairman of Solarcentury, argues that “We are entering a time of consequences. Even if this phase of crisis abates, the core problem is simply delayed. Nobody – whether individual, household, community, city, government or business – can responsibly afford simply to hope for a comfortable outcome on the peak-oil risk-issue any longer.”

His is not alone. Michael T. Klare, a Professor of Peace and Security Studies at Hampshire College, and author of “Rising Powers, Shrinking Planet” argues that “whatever the outcome of the protests, uprisings, and rebellions now sweeping the Middle East, one thing is guaranteed: the world of oil will be permanently transformed. Consider everything that’s now happening as just the first tremor of an oilquake that will shake our world to its core.”

The oilquake may not happen this time round, but it is now only a matter of time.

Klare argues that the current Middle East crisis means that “that old oil order is dying, and with its demise we will see the end of cheap and readily accessible petroleum – forever.”

The likes of BP and Shell can drill in the Arctic and deep-water but it is only the Middle East that has the reserves to provide an increasing supply of affordable petroleum.

Klare argues thats “why Western governments have long supported “stable” authoritarian regimes throughout the region, regularly supplying and training their security forces. Now, this stultifying, petrified order, whose greatest success was producing oil for the world economy, is disintegrating. Don’t count on any new order (or disorder) to deliver enough cheap oil to preserve the Petroleum Age.”

And Klare agrees with Leggett: “Oil won’t disappear from international markets, but in the coming decades it will never reach the volumes needed to satisfy projected world demand, which means that, sooner rather than later, scarcity will become the dominant market condition”, he writes.

“Only the rapid development of alternative sources of energy and a dramatic reduction in oil consumption might spare the world the most severe economic repercussions.”