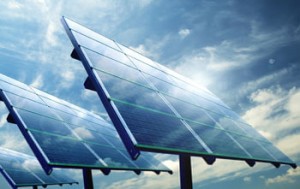 Three years ago during the last oil price hike when oil reached $150 a barrel, there were repeated calls for a concerted effort for the international community to finally wean itself off its chronic oil addiction.

There were repeated calls that the combined financial crisis and energy crunch was a prefect reason to kick-start the clean energy revolution.

But as the financial crisis subsided and the oil price slipped from its dizzy heights, the voices for reform were side-lined and silenced once again.

More deals were done with dictators in the Middle East and more dirty oil was drilled at home.

But once again there are politicians and industry groups who are using a crisis – this time in the Middle East – to argue for more domestic drilling.

To give you one example. Earlier this week, Energy and Commerce Chairman Fred Upton said he planned to draft laws that will make it easier to increase domestic energy production.

“With the unrest in the Middle East, you see increasing prices, which really threaten our economy in the months and years ahead knowing our production is coming down.”

But what Upton is not telling you is that actually US oil production last year rose to its highest level in almost a decade.

Dependence on foreign oil has been falling for the past five years, and could well drop for the next five at least.

America is in the midst of a domestic energy revolution which is due to an increase in the use of “unconventional” extraction techniques, which all have ecological and social consequences, such as the highly controversial use of “fracking”.

Whilst this increased production could be a small factor in mitigating the current surging oil price, the only way to mitigate against future surges is to wean off oil, no matter where it comes from, not to drill for more of the stuff.

Meanwhile there is an inconsistency in the political response between the US and UK.

Whereas as Republicans and others are calling for more drilling at least one British Government Minister is arguing we need to wean ourself off oil.

The British Climate and Energy Secretary, Chris Huhne has warned that the UK faces a “1970s-style oil shock” which could cost the British economy some £45 billion, equivalent to some $73 billion over two years, due to the current crisis.

He was basing his prediction on the oil price increasing to $160, up from its current level of around $116.

But Huhne is also arguing that once oil reaches $100 a barrel this is the point at which the economics of climate change pivot so that it becomes cheaper for British consumers and businesses to invest in green technology than remain with the status quo.

He said that if oil only reaches $108 a barrel by 2020 as predicted by the US Department of Energy, which would also lead to higher gas prices, then “the UK consumer will win hands down“.

He said the UK consumer would be “paying less through low-carbon policies than they would pay for fossil fuel policies”.

Huhne argued that now is the moment to invest in green infrastructure, homes and transport, arguing that fossil fuels are now the costly, high-risk option for energy

Huhne said it was “crazy” not to prepare for a low-carbon future.

“The faster we move to a low carbon economy, the more secure and stable our economy will be,” said Huhne.

Finally a politician that talks sense.