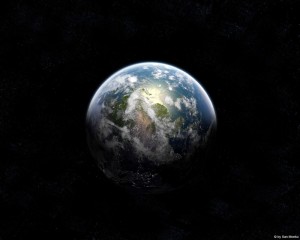 We are in this fight to win it for ourselves, our pocket books, our planet, and our kids and grand kids. And this is a fight. Despite the trillion in profits big oil and gas companies are making on the backs of American consumers, they came out swinging against President Obama’s second call in his State of the Union to eliminate fossil fuel subsidies.

There is a good reason why. “While American businesses and consumers are tightening their belts, hugely profitable multi-national oil and gas companies are set to enjoy $53 billion in royalty-free drilling over the next 25 years and $36.5 billion in taxpayer subsidies over the next decade,” according to the recent report, “$1 Trillion in Profits and Still at the Trough,”  by US House Committee on Natural Resources staff.

These tax dollars are going to companies like Exxon and BP, and as Kelly Rigg, Executive Director of Global Campaign for Climate Action, wrote for the Huffington Post yesterday, “Sounds like “big government” to me. I wonder why the Tea Party isn’t shouting from the rooftops about that one.”

They should be. We all should be. These billions of dollars to a deadly industry are killing our pocket books, our livelihood and our planet. Consider that at current gas prices, the House report found that “Americans will pay an additional $67 billion for gasoline this year.” Consider that we are in the midst of the second global food crisis in three years. Nobel Prize winning economist Paul Krugman wrote about it this week for the New York Times: “While several factors have contributed to soaring food prices, what really stands out is the extent to which severe weather events have disrupted agricultural production. And these severe weather events are exactly the kind of thing we’d expect to see as rising concentrations of greenhouse gases change our climate — which means that the current food price surge may be just the beginning.”

As for our planet, if we continue on this big-oil-business-as-usual pathway, our scientists worldwide tell us that the floods in Australia, the record heat waves in Russia, and the catastrophic rainstorms in Brazil this year are also just the beginning.

The oil, gas and coal industries want you to remain ignorant about their massive profits; about the damage dirty subsidies are doing to your wallet right now; and about the environmental consequences of fossil fuel addiction. Don’t let them. It’s time to get into this fight to win it. It’s time to eliminate the billions of taxpayers’ dollars going into the pockets of big oil, gas and coal.