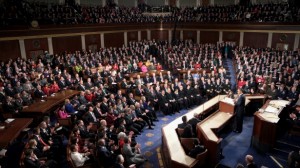 Last night, The President once again proposed ending subsidies to the oil industry.  As we’ve said before, this is a great idea, and should be supported in full.

That said, although we haven’t seen details, it’s quite unlikely that the Administration is proposing to eliminate all these subsidies.  First, there is an important difference from the unmet pledges of the last several years.

Obama is apparently no longer talking about eliminating “fossil fuel” subsidies, preferring instead to focus only on “oil” subsidies.

So eliminating subsidies to coal and natural gas would seem to be off the table.  What’s more, the President has redefined “clean energy” to include natural gas and “clean” coal.  More on this soon.

This shift puts Obama’s rhetoric (at least) out of step with the G20’s – which is ironic because that process was created by the President.  But then again, not that much is happening there anyway. 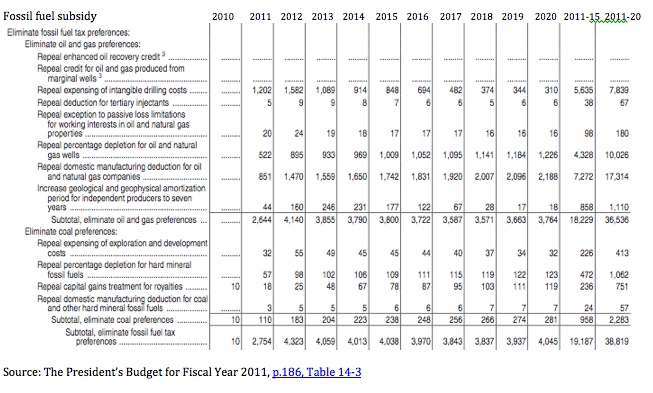 This budget request, which was basically ignored by Congress, would have eliminated $36.5 billion in oil and gas subsidies and $2.3 billion in coal subsidies over the next 10 years.  If you’re interested to get detail on  the line items, you should read the US submission to the G20 subsidy removal process, which goes through each of these lines in detail.

There are several other prominent subsidies that the Administration has never talked about eliminating, but should.  These include:

All of these are subsidies to the oil industry, it’s just likely that eliminating these isn’t what the President has in mind.  But we’ll see.