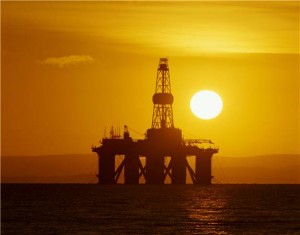 Is a key valuation metric used by analysts to assess oil companies pushing big oil towards riskier and riskier projects?

Those of us outside the financial sector may not be too familiar with acronyms such as RoACE, NAV or RRR. But the last one in particular has been intriguing me lately because of its implications for some of the most fragile and pristine places left on our planet.

RRR or Reserves Replacement Ratio, measures the amount of proved reserves added to a company’s reserve base during the year relative to the amount of oil and gas produced. Every oil and gas company aims to maintain RRR at 100% or more otherwise it is essentially running out of product.

That all seems simple enough until you start looking into what companies are increasingly replacing their spent resources with.

Looking into this issue I found that over the last five reporting years, four of the top six oil companies would not have achieved RRR levels above 100% if it hadn’t been for Canadian tar sands oil, an expensive, highly polluting form of oil that has become a mainstay of big oil’s business. While it is less transparent in the data, evidence suggests that an equally important source of reserves for these companies comes from ultra- deepwater, such as that which landed BP in so much trouble last summer.

The truth is that oil companies are running out of places to find more oil and the end game is not far off. A recent Deutsche Bank analyst report suggested that high oil prices over the next few years coupled with an accelerating decline in the cost of battery technologies for electric vehicles will precipitate a global peak in demand for oil by 2020. Indeed, analysis from the International Energy Agency suggests that we must aggressively reduce oil use in order to meet climate change goals. Meeting the climate objective would peak oil demand by 2018.

While declines in existing oil capacity certainly point to a need to bring some new resources on stream, the private international oil companies are in the unenviable position of only having access to the most expensive and risky sources of oil. I don’t have that much sympathy for them but as we saw in the Gulf of Mexico last year the risks and consequences are not only borne by the company. These resources are generally more polluting to produce (tar sands) and when things go wrong the extremity of their location makes it particularly difficult to put right (Deepwater Horizon).

The push into the offshore Arctic really is the final frontier for the oil industry. There is nowhere else to go and neither is there a more fragile and pristine environment to despoil. The consequences of a spill may not be as easily survived by the responsible party as BP has found with Deepwater Horizon.  BP now appears so desperate to acquire new reserves that it has recently opted for combining the intense operational risk of the offshore Arctic with the quagmire of political risk associated with Russia.

So the question is does replacing production with these risky and expensive forms of oil always make sense? While RRR is just one of many metrics used by analysts it is one that demands strong performance in something other than simple profit generation or return on investment. It demands the constant reacquisition of a fast disappearing commodity.

Is 100% RRR something that analysts and investors should still expect if pursuing that objective is pushing a company’s risk profile through the roof?

These are difficult questions to answer. Particularly because oil and gas companies have proved themselves pretty terrible at doing much of anything other than producing oil and gas. Many of those that bought into the idea of growing renewable energy portfolios in the 1990s have since downsized or abandoned those sectors and opted for more oil and gas.

But the world is changing and changing fast. Deutsche Bank believes the “end is nigh for the age of oil” and the IEA suggests that we must speed up the transition away from oil (and coal for that matter) to have any chance of stabilizing the world’s climate. Oil companies seem determined to “stay the course” yet the IEA shows that for every year we do that the necessary transition will be harder and more expensive.

Something has to give. Perhaps not placing the onus on companies to acquire reserves that are too risky to exploit would be a good place to start.

You can read the full report on RRR and Marginal Oil here.