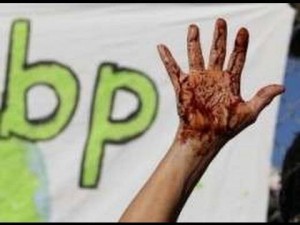 This was BP’s accident.

Today, the Official Report into the Deepwater accident damns BP, and especially its management, of which Hayward was the top dog.

Releasing an advance chapter from its upcoming full report, it contains the key findings from its extensive investigation into the causes of the blowout on BP’s Macondo well on April 20, 2010; a disaster that disaster killed 11 workers and spewed over four million barrels of oil into the Gulf of Mexico, creating the largest oil spill ever in American waters.

Although recognising that separate risk factors, oversights, and outright mistakes combined to cause the blow out, the report concludes: “most of the mistakes and oversights at Macondo can be traced back to a single overarching failure—a failure of management.”

The Commission argues that among the “root causes” of the Deepwater Horizon accident were repeated failures of BP’s management processes and systems.

But BP is not alone. Errors and misjudgements and cost-cutting measures by the main three companies involved – BP, Halliburton and Transocean – contributed to the disaster.

The chapter notes “Whether purposeful or not, many of the decisions that BP, Halliburton, and Transocean made that increased the risk of the Macondo blowout clearly saved those companies significant time (and money).”

The report argues that that better management by all three companies “would almost certainly have prevented the blowout by improving the ability of individuals involved to identify the risks they faced, and to properly evaluate, communicate, and address them.”

Moreover, federal regulations did not address many of the key issues at fault.  “. . .the Macondo blowout was the product of several individual missteps and oversights by BP, Halliburton, and Transocean, which government regulators lacked the authority, the necessary resources, and the technical expertise to prevent.”

Worrying the report also argues that the root causes of the accident are “systemic” within the industry and, without “significant reform in both industry practices and government policies, might well recur.”

William Reilly, one of the Commission’s co-chairs, pointed to a “pervasive problem of a complacent industry”.

He added: “Given the documented failings of both Transocean and Halliburton, both of which serve the offshore industry in virtually every ocean, I reluctantly conclude we have a system-wide problem.”

The Commission’s full report, including its assessment of the response to the spill, will be published next week.

Its conclusions will add to the weight of legal evidence piling up against BP and the other companies.

Although the commission makes clear it is making no judgment on legal liabilities, the report adds to the evidence that BP could be found to have acted with “gross negligence”, potentially greatly increasing the penalties it will have to pay.