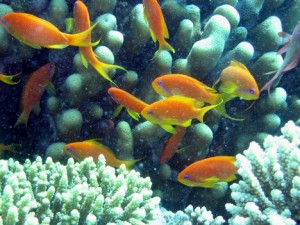 The latest from the Groundhog Summit. As the politicians pontificate, the science gets more scary.

Today UNEP – the United Nations Environment Programme – will release the results of its latest research into the effects of climate change on glaciers from around the world.

As UNEP says: “There is increasing concern about the effects of climate change on high mountain glaciers and the resulting impact on sea-level rises, natural hazards and water resources.”

The reason we should be worried about glaciers is that, at present, over half of the global population lives in watersheds of major rivers originating in mountains with glaciers and snow.

Changes in the intensity and timing of rains, added to the melting of snow, will have serious consequences for food security, livelihoods, water resources and health.

The glacier report comes hot on the heels of a report that UNEP released last week into ocean acidification, often seen as the hidden consequence of climate change.

As CO2 emissions rise the oceans are absorbing more and more of the greenhouse gas. So much so that oceans are now 30 percent more acidic than they were before the start of the Industrial Revolution.

And its set to get much, much worse. UNEP is warning that, without serious emissions cuts, the world’s oceans could become 150 percent more acidic by the end of the century — a rate of change that “has not been experienced for around 65 million years, since the dinosaurs became extinct”.

As the oceans become more acid, marine life will find it more difficult to cope.   UNEP is warning that that shifting ocean chemistry could have a “considerable influence” on the world’s marine life, including fisheries that supply the primary source of protein for more than 1 billion people worldwide.

Production of shellfish, such as mussels, shrimp or lobsters, could be most at risk since they will find it harder to build protective shells.

UNEP Executive Director Achim Steiner said the new report was “yet another red flag being raised” about the growth of greenhouse gas emissions.

Ocean acidification, he said, “is a new and emerging piece in the scientific jigsaw puzzle, but one that is triggering rising concern.”

The report was compiled in collaboration with the Plymouth Marine Laboratory in the UK and scientists from other organisations including the National Oceanography Centre in Southampton and the Intergovernmental Oceanographic Commission of UNESCO.

Carol Turley, a senior scientist at the laboratory in Plymouth and lead author of the report adds “As scientists around the world start to investigate the potential impacts of ocean acidification, we are seeing an overall negative impact from ocean acidification directly on organisms and on some key ecosystems that help provide food for billions. We need to start thinking about the risk to food security.”