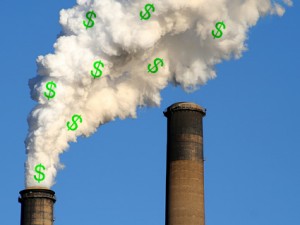 As the diplomatic squabbling continues in Cancun, lots of policy options are being put on the table.

One of the key ones is trading carbon emissions.

The influential EU bloc is one of carbon tradings greatest proponents, with its Emissions Trading Scheme the largest carbon trading scheme in the world.

New rules to the ETS are likely to be announced this week.

However the concept is slammed in a report published today by the environmental group, Friends of the Earth.

FoE argues that the “current obsession with carbon trading as a primary tool for tackling climate change is high risk, irresponsible and dangerous.” .

Instead of carbon trading, FoE puts forward a number of solutions that it argues will radically reduce carbon emissions, and bring in the transition for an energy revolution, by making renewable energy “the default choice of the world as a whole”.

“The only thing getting in the way of these and other fair and effective solutions  to cutting greenhouse gas emissions is the current obsession with carbon trading as a solution to climate change” says FOE’s senior climate campaigner Sarah-Jayne Clifton.

She continues: “We need your help to stop expansion of carbon trading globally and to put pressure on governments to adopt these real solutions to the climate crisis.”