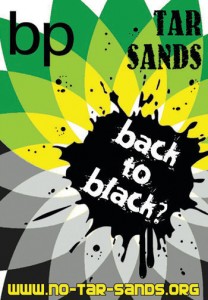 Timing, as I have pointed out in this blog before, is everything.

Day two of the Cancun climate summit and you would have thought that politicians and companies would be tripping over themselves to portray themselves as clean and green.

But not BP. The oil giant is off-loading assets left, right and centre. Just days ago BP announced it was selling its Argentinean Pan American Energy for $7.06bn to its joint venture partner, bringing to $20 billion the amount it has raised in its asset sale.

What better way to send a message to the climate conference in Cancun than for BP to announce it was pulling out of the dirty carbon-belching tar sands?

But quite the reverse has happened.  BP has announced it is committed to developing the tar sands. Full steam ahead.

The company will even fund the first $2.5bn spent on its Sunrise tar sands project in northern Alberta, even though it owns only 50 per cent of the venture.

BP described the commitment to the project as “a significant milestone” for the company, saying it represents a “40-year secure and stable source of production for North America”.

Ironically the decision to proceed with the project is BP’s first large new commitment since the Deepwater Horizon disaster on April 20.

In this respect BP could hardly be making a worse commitment to the environment and to tackling climate change.

To make matters worse for BP it has now emerged that it was one of a number of oil companies that were asked by the Canadian government to help “kill” American climate change policies in order to ensure that “the oil keeps  a-flowing” from Alberta into the U.S. marketplace.

In a series of newly released correspondence from Canada’s  Washington embassy, Canadian diplomats describe proposing to “kill any interpretation” of U.S. energy  legislation that would apply to the industry.

“We hope that we can find a solution to ensure that the oil keeps  a-flowing,” wrote Jason Tolland, from the Canadian Embassy back in February, 2008.

The correspondence reveals that the Canadian diplomats contacted officials from the American Petroleum Institute  as well as BP and others “to point  out the potential implication to their imports from Canada.”

A number of shareholders and environmental groups have already pointed out to BP “the potential implications” for the climate from the tar sands.

BP has totally ignored those concerns.

The company promised a new, safety regime in the light of Deepwater. This move is not safer for the climate.