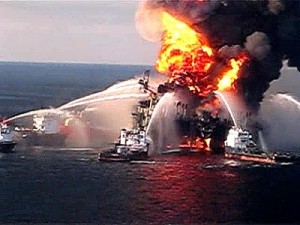 If the oil industry is about one thing and one thing only it is not really about oil, it is about risk.

How a company manages the geological, technical, safety and financial risk of its daily decisions determines whether the company stays ahead of its cut-throat competitors.

Oil just happens to be the commodity that is traded. But risk is what its all about.

For supposedly blue-chip companies such as BP, they pride themselves on their ability to predict, define and appease risk in a way that sets them apart from the rest.

It’s like the cut of their suit, its better than their competitors.

How you evaluate risk is in turn evaluated by the City. Get it right and you will be rewarded and your reputation enhanced and get it wrong and you will be slated, as BP has found to its cost.

There have been many painful and bruising words written about BP since the Deepwater disaster, enough to fill several Encyclopaedias.

But few can be as cutting to the core as the report from the National Academy of Engineering, which was published this morning.  It says there was an “insufficient consideration of risk” and a “lack of operating discipline” on the Deepwater rig, leading to the wrong decisions being taken.

Furthermore, it argues that there was a “lack of a suitable approach for anticipating and managing the inherent risks, uncertainties and dangers associated with deepwater drilling operations and a failure to learn from previous near misses”.

Let’s make no mistake, BP is supposedly the industry leader in deepwater drilling and yet this report essentially argues it did not know what it was doing. If its all about risk, then BP did not properly understand the game.

The damning words are included in the report, which is seen as the most comprehensive examination so far of the causes of the disaster.

The panel also criticizes regulators and the broader industry. Industry-wide training standards, the authors conclude, are “relatively minimal” compared to other high-risk industries.

The panel did not give any clues as to why the blow out preventer failed. But then tests only started yesterday on this key piece of evidence.

Investigators will try to determine why it did not stop the flow of oil to the sea from BP’s Macondo well.

There may be more damning conclusions to come..