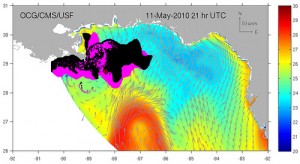 I have explored enough on this blog how the perception that the Deepwater disaster would somehow be a game changer for the oil industry now looks wildly over optimistic and premature.

There were always going to be winners and losers from the Deepwater Horizon disaster.  But probably not many would have predicted that oil service companies that specialise in deepwater would be winners.

Back at the height of the disaster you would have been forgiven that being a deepwater drilling company or services company was a bad idea and that the disaster was going to be bad for business.

But this is not happening, according to the Financial Times.

The paper points out that many people raised eye-brows in August when oil services company Hunting bought Innova-Extel, a deepwater equipment manufacturer, for $125 million.

It did not make sense.

But “three months on, the acquisition is looking like a canny move”, argues the paper.

So far from undermining the deepwater sector, the Deepwater disaster – also known as Macondo – has actually helped it.

Pete Rose, Hunting’s finance director, tells the paper: “Despite Macondo, we see deepwater as becoming more and more important – that’s where the majors are exploring and that’s why we made the purchase [of Innova]. We also anticipate an increase in business because of stricter regulatory environments.”

There has even been a post-Macondo boost for several oil-services companies. Even tighter regulation looks like being good for business.

“In the short term, Macondo is negative but there’s a long-term benefit because of greater regulation and higher specification rigs,” Nigel McCue, chief executive of Dubai-based Lamprell, whose shares are up 81 per cent to 390p since June, tells the paper.

The Financial Times adds: “He voices an increasingly widespread opinion that concerns over the disaster’s ripple-effect were overdone.”

This begs the really unpalatable question: what kind of disaster needs to happen for the ripple effect to be big enough to force the industry and regulators to change their ways?

It does not really bear thinking about.