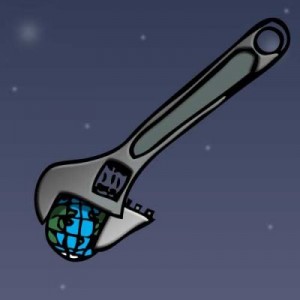 We know that the Koch brothers fund climate change deniers.

But now a great new report by Climate Action Network Europe (CAN-E) has analysed new data to track where dirty money is going in American politics.

They have found nearly 80% of campaign donations – some $240,000 – from some of Europe’s biggest polluters is directed towards senators who blocked action on climate change.

This is why CAN-E says it has uncovered “what appears to be a coordinated effort by European polluters to influence United States climate and energy policies through targeted donations to candidates who oppose action on climate change.”

This amount is higher than the same type of spending of the most notorious US climate denier and Tea Party funder, the Koch brothers ($217,000).

These companies have also donated over $100,000 to climate change deniers in the US senate in 2010 too, including the biggest denier of them all, James Inhofe, who calls climate change “the greatest hoax ever perpetuated against the American people”.

The biggest single donor was the German pharmaceutical company Bayer, which gave $108,100 to senators.

BP made $25,000 in campaign donations, of which $18,000 went to senators who opposed action on climate change.

So there seems to be a two-pronged sophisticated PR strategy going on.

These companies are blocking action in the US, and then using this inaction back in Europe to avoid further need to reduce Europe’s CO2 target from 20 to 30 per cent.

CAN-E says: “The main reason of argument of those companies is that, for instance, the move to a 30% reduction target in the EU by 2020 cannot happen because of inaction in the rest of the world especially in the USA.”

“What is clear now is that those same companies are financing key players in the US political arena responsible for this inaction. This is essentially climate sabotage on a global scale, because the inaction in the USA is one of the main reasons of the failure to agree an ambitious deal in Copenhagen.”

Obama has now accused Big Oil of trying to scupper action on climate.

“Oil companies and the other special interests are spending millions on a campaign to gut clean-air standards and clean-energy standards, jeopardising the health and prosperity of this state,” he told a rally in California on Friday night.

For those who want to explore more how dirty energy money impacts politics go here.