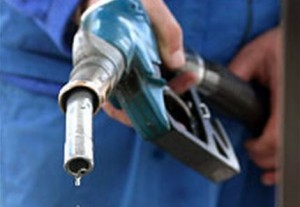 Only a couple of weeks ago Iran’s OPEC governor Mohammad Ali Khatibi was saying the crude oil market is oversupplied and prices of $70 and $80 are more nominal than real.

“If we compare the current prices with the real prices of a few years ago, [today’s real] prices will stand at USD 50 per barrel at most” he was quoted as saying.

But now the global investment firm, Goldman Sachs, is predicting that oil prices will “substantially” rise in the second half of 2011 and 2012 to over $100 a barrel.

“We believe that forward price levels offer good hedging opportunities for calendar 2011/2012 for consumers despite the recent rally,” analysts with the firm said in a briefing note.

Supposedly the bank has founded its forecast on stronger-than-expected growth this year in oil demand.

But here is the rub – Goldman Sachs is the largest commodity trader in the US, and that includes oil. Its Goldman Sachs Commodities Index tracks the prices of 24 major commodities but is overwhelmingly weighted toward oil.

Goldman Sachs not only predicted the last oil spike, but it was behind it. As Matt Taibbi’s now infamous giant squid article in Rolling Stone magazine last year pointed out “in the beginning of 2008, Arjun Murti, a Goldman analyst, hailed as an “oracle of oil” by The New York Times, predicted a “super spike” in oil prices, forecasting a rise to $200 a barrel.”

But the pension funds and insurance companies and other investors in the Index basically only take “long” positions in the Index – ie they are betting that oil will rise.  So the bet becomes a self-fulfilling prophesy.

Taibbi pointed out that by 2008, at least three quarters of the activity on the commodity exchanges was speculative, according to a congressional staffer who studied the numbers.

“If index speculators took short positions as well as long ones, you’d see them pushing prices both up and down,” Michael Masters, a hedge fund manager who has helped expose the role of investment banks in the manipulation of oil prices told Taibbi. “But they only push prices in one direction: up.”

For the same year, 2008, a barrel of oil was traded 27 times, on average, before it was actually delivered and consumed.

So we are in danger of watching Goldman Sachs say that oil prices say that oil will become $100 and then everyone betting on oil becoming $100 until it actually becomes $100.

But if anything the price of oil should be falling. As the Financial Times noted this week, “many dealers in the physical markets, as well as officials at the International Energy Agency, the western countries’ oil watchdog, believe the bulls are wrong. The spot market, they say, is oversupplied and that puts a price ceiling on oil.”

“At the risk of appearing a ‘party pooper’ for market bulls, our prognoses still suggest to us that benign market fundamentals could persist well into 2011,” IEA tells the paper.

So if the market fundamentals – the usual supply and demand of oil – are benign next year, there is no reason for oil to rise.

Apart from the fact that Goldman Sachs has bet long on oil..