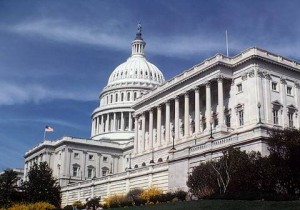 One of the more unsavoury trends in politics over the last couple of decades has been the sprouting of corporate front groups that pervert the political process.

Often the give-away is in the title: so if something says it is an Alliance or made up of Citizens, you actually know it is nothing of the sort.

There will not be a citizen in sight.

Often it is just a front group for dirty industry.

Take the First Amendment Alliance (FAA), which is not an Alliance that stretches across America, but a simple post-box in Washington, funded by the energy industry.

Holm is also a representative for GOP mega-fundraiser Bob Perry, who contributed $4.45 million to Swift Boat Veterans for Truth in 2004 (another Republican attack dog outfit).

So log on to FAA’s website and it says “Thank you for visiting The First Amendment Alliance’s website. Our organization was created to communicate to America. In particular, we communicate instances of waste, fraud, hypocrisy, and general disregard for standards of civility in society.”

But actually nothing could be further from the truth.

Basically FAA is a front to attack the Democrats.

People for the American Way have noted how “It has been smearing Democratic candidates for Senate with negative ads in competitive races. So far, the First Amendment Alliance has spent over $800,000 running attack ads against Democrats Michael Bennet of Colorado, Jack Conway of Kentucky, Chris Coons of Delaware, and Harry Reid of Nevada.”

So for a group that supposedly stands up against fraud, hypocrisy, and for general disregard for standards of civility in society, it comes as no surprise that it is itself misleading and hypocritical.

The Alliance’s ad against Jack Conway was so misleading that it was pulled by one TV station. In another ad, People For note that the Alliance “falsely claimed that Delaware Senate candidate Chris Coons of ‘bankrupting New Castle County,’ even though the county under Coons’s leadership received a triple-A bond rating, which Moody’s Investors Services said ‘reflects the county’s strong financial operations bound by conservative policies.'”

And in that race, FAA has gone so far as to back the TEA-Party Candidate Christine O’Donnell. “The First Amendment Alliance is fully committed to showing the stark contrast between Coons, the big government deficit spender and O’Donnell who opposes government bailouts, Obamacare and the bankrupting of our nation,” argues Holm.

And – this is where you could not make this up – even though the First Amendment Alliance may be supporting O’Donnell, she does not even know the meaning of the Amendment.

So the Guardian reports that “At a debate today for the Delaware Senate …O’Donnell appeared to be nonplussed by the wording of the first amendment, repeatedly returning to the subject and sounding incredulous after her Democratic opponent Chris Coons attempted to explain it to her.”

The paper continues: “Minutes earlier, the audience at Widener Law School in Delaware had laughed in derision when O’Donnell asked: “Where in the constitution is the separation of church and state?””

More seriously though, what FAA’s underhand tactics show is that more than ever this shows that what we need is a separation of oil and state.