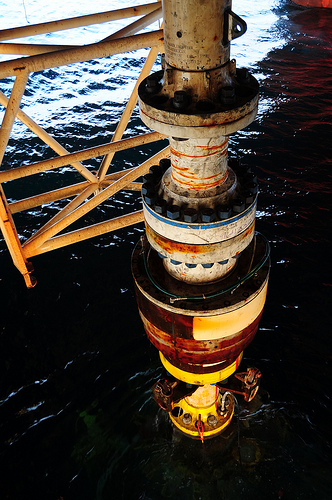 The Washington Post this morning asks a fundamental question that has been played out in countless meetings of oil companies, government officials and environmental NGOs: “Will the oil spill make a drop of difference regarding our attitudes?”

Some five months later, was the spill a game changer like many predicted?

And the results seem to show that the public are more radical than the politicians.

The paper finds that 58 per cent of Americans still support Obama’s ban on new offshore drilling, with 70 per cent Democrats in favour.

But what about within the industry, has the spill changed the game?

“I think the spill is a game changer,” William Reilly, co-chairman of the president’s oil spill commission tasked with examining policy for offshore drilling in light of what went wrong with the Macondo well tells the paper. “The industry has never been more alert to safety.”

Agora Financial energy analyst Byron King adds: “Things will be slower, more deliberate; financing is going to be tighter. To the extent people are going to keep doing deep-water drilling — and they are, because that’s where the oil is — we’re still going to drill it, but you’re going to see renewed emphasis on safety.”

So it is hardly changing the game if the industry tightens up on safety; more just improving the rules of the existing game.

The game will continue and that means more deepwater drilling.

As the paper says: “Chernobyl helped end nuclear plant construction in Europe, but deep-water offshore drilling will continue because that’s where the oil is.”

The reality is that all but two of the 33 deep-water exploration rigs in the Gulf have stayed there awaiting the end of the moratorium.

And it looks like the wait will not have been in vain. Obama will lift the moratorium, as the political pressure to overturn it is greater than to keep it.

The reality is that Deepwater has had a surprisingly small political impact.

“For the companies, the regulators and the gulf residents, the spill has had a profound impact on their operations and ways of life. For the broader national population and the political debate, it has had a surprisingly small impact,” Jason Grumet, ED of the National Commission on Energy Policy, a part of the nonprofit Bipartisan Policy Center, tells the Post.

“It is the modesty of the impact on the national energy debate that is in many ways most surprising.” he adds.

If the political reaction has been muted, the US motorist has also been unmoved, it seems. American consumers actually used about half a percent more gasoline this summer than they did last year. “In terms of an effect of the oil spill on consumption, it is hard to see a direct link,” argues Howard Gruenspecht, deputy director of the federal Energy Information Administration.

But for anyone looking for any hopeful signs, the paper’s poll does include some encouraging findings.

Nearly 50 per cent of respondents said they were “very willing” to change their behaviour to improve the environment, with a further 45 per cent “somewhat willing”.

And 40 per cent said they would consider buying an electric car when it was time to replace their existing one.

Of course there is then the debate over how the electricity is generated.

But maybe American consumers are more prepared to change than politicians give them credit for.

And that might be the hidden legacy of the spill. That real change comes from the people, not the politicians.