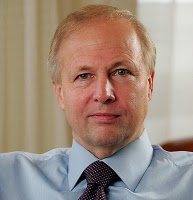 When Bob Dudley takes over the reins at BP on Friday he will face a daunting task and a bulging in-tray.

He will be aware that his new job is a personal poisoned chalice, having effectively destroyed the careers of three of his predecessors: Tony Hayward, John Browne and Bob Horton have all left in unceremonious circumstances.

He will no doubt have an army of lawyers and advisors and marketing guys telling him to rebuild BP’s tarnished image, where to ditch investments and where and how to rebuild the company.

But there will be one thing that will be giving Bob nightmares, and that is what the locals are calling the “bunker”.

In downtown New Orleans, federal authorities have built a legal “bunker” as they begin quietly building what could be a complex series of criminal and civil cases stemming from spill.

The bunker is in fact the 10th floor of the Texaco Building on Poydras Street, just across from the federal courthouse.

One person giving Bob nightmares is Howard Stewart, who is down to lead the investigation from the Justice Department headquarters in Washington. Stewart is seen as a “tough” lawyer.

Last month a Houston Chronicle article quoted Bill Rosch, a Houston defense lawyer who has represented a number of companies in environmental crimes cases, saying Stewart is “the kind of guy you dream of facing if you’re not guilty. If you are guilty, he’s your worst nightmare.”

Bob’s worse nightmare, some press articles allege, is expected to go for a “big score and charge individuals, not just a company, with a crime — possibly with involuntary manslaughter.”

If senior BP executives were found guilty of manslaughter it would be another major setback for the company.

Even if the government cannot prove negligence under Clean Water Act for the nearly 5 million barrels of oil that spewed into the Gulf, the company could still face a fine of $5 billion or so.

Worrying for BP, Robert Force, a professor of maritime law at Tulane University, argues that that the standard for negligence does not require the government to prove that someone knew their conduct would lead to a spill. Rather, he argues, it’s only necessary to show that actions were taken that “could have led to a discharge,” and if they took “reasonable care” to avoid a spill.

“When you look at all the shortcuts they took (on the rig), there’s a good chance they might fall under negligence based on the standards of reasonable care,” Force believes.

And further evidence that will be used by prosecutors emerged at the weekend. Halliburton, the oilfield services company, said BP missed “red flags” and used “flawed calculations” in examining the cement that was supposed to seal the well.

Halliburton said BP did not follow the best practices for circulating heavy drilling fluid through the well and kept up well operations even though a crucial cement test had not been successful.

“Notwithstanding multiple red flags, BP did not adjust their decision tree,” Halliburton said.

It is evidence like this that will give Bob sleepless nights. Because, as the Guardian argues “Dudley will have to put a lot of time into fighting some of the current legal claims but gross negligence would open the floodgates to a much larger wave of court actions that could yet sink BP.”

And this time he would be captain of the ship..