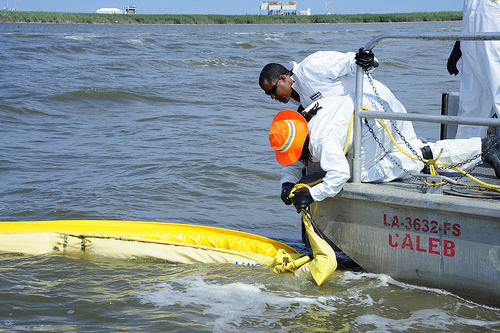 So finally the well is dead.

After 153 days, 5 million barrels spilt and a $10 billion bill so far, BP’s well is officially sealed.

Although no crude has leaked from the well since BP capped it on July 15, the only way to permanently seal it was a bottom kill from the relief well. And that has finally happened.

But the legacy of the spill continues.

There are still about 25,000 people working on the response. Heavy oiling remains in patches on the beaches and wetlands on Louisiana. The area of the Gulf of Mexico that is closed for fishing remains at 40,000 square miles.

Shrimpers from the region are finding it difficult to sell their catch because of the perception – largely from people outside the region – that the seafood is not safe to eat. Tourism is also struggling.

There is an ongoing debate about the spill’s long-term environmental impact. Despite the US government’s insistence that most oil has “gone”, evidence continues to be found to the contrary.  Last month, researchers at the Woods Hole Oceanographic Institution found a 22-mile-long invisible mist of oil emanating from the well.

And as  we have pointed out on the blog, University of Georgia researcher Samantha Joye has found significant amounts of oil embedded on the seafloor.

BP will continue to try and spread the blame for the spill. It has to do this for legal reasons.

“The first phase of the nightmare is over,” argues Fadel Gheit, an analyst at Oppenheimer & Co. in New York. “But the legal nightmare could be even worse. The biggest unknown is going to be the penalty, and it’s critical for them to show they’re not the only guilty party.”

The company faces about 400 lawsuits. It is also under investigation by the US Attorney General Eric Holder, who could prosecute the company or suspend its well operating licenses or debar it from government contracts.

Moreover, BP’s fine under the Clean Water Act could range from at least $1,100 per barrel to as much as $4,300 per barrel if the company is found to be grossly negligent. This could mean an additional $18 billion fine.

BP faces a fight to drill in the Gulf, especially in the short-term. A ban on deepwater drilling lasts until the end of November, with the results of Congressional elections in early November an uncertainty. A bill passed by the House in July and stalled in the Senate would bar BP from new offshore leases because of its safety record.

Christine Tiscareno, an equity research analyst at Standard & Poor’s in London. “There’s a good chance that the U.S. government will place some sort of sanction against BP in the Gulf, or will let them operate with certain restrictions.”

But what about restrictions on the wider industry?

When the Deepwater disaster first occurred, there were many people who believed the spill would be a “game changer” for the oil industry. It would force regulators and politicians world-wide to reappraise the costs of our oil addiction and force companies to move to a clean energy future.

But that is not going to happen. The disaster should make rigs safer and increase the costs of deepwater by 10-20 per cent.

But Ed Crooks, the influential energy writer at the Financial Times, argues that oil companies worldwide have reviewed their practices following the spill, but have generally insisted that their systems remain safe and robust, and that no fundamental changes are needed.

So, argues Crooks, rather than a complete re-evaluation, “for the global oil industry, it looks like being no more than a bump in the road towards further exploitation of deepwater oil reserves, even in the Gulf of Mexico.”