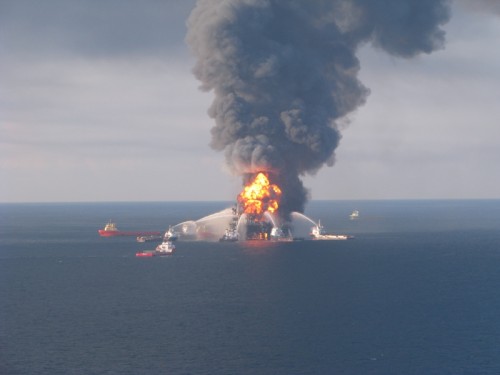 Well we always knew that the oil spill disaster would have severe repercussions for the industry, a fact now conceded by the International Energy Agency (IEA).

The IEA has warned that the spill from BP’s Macondo’s well “places the ability of the industry to access important new reserves on a knife edge“.

Its latest monthly oil market report adds: “Some 30 per cent of existing global oil, and nearly 50 per cent of new supplies by 2015, needs to be sourced from offshore, much of it from deep water.”

However, in good news for the industry, the IEA said that “fortunately” few oil-rich countries’ governments were considering blanket bans on deepwater development inthe wake of the Deepwater disaster, just that regulations would be tightened.

“Operating and regulatory standards may be tightened, and sensitive frontier areas may see permitting delays,“ it added.

So the disaster has tightened the rules of the game, it hasn’t completely changed the game.

As I have noted before, BP is one of the few companies with the financial muscle to be able to withstand the billions it will pay out in fines and compensation.

So the IEA has warned that the legislation is currently being considered in the US that could increase the financial liabilities so much that small and medium-sized oil companies are driven out of deep water development altogether.

The IEA warned that legislation resulting from the oil spill “will need to balance project oversight, enforcement and operating standards on the one hand with continued deepwater access and supply security on the other”.

And it is that balance that had gone completely wrong before the disaster.