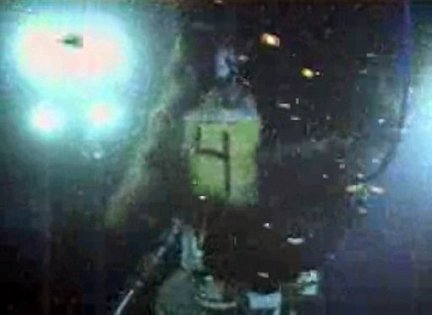 When Time magazine compiled a list of its “Dirty Dozen” people it held responsible for BP’s oil spill it is hardly surprising that BP’s two recent CEOs John Browne and Tony Hayward topped the list.

Number three on the list, though, was a name most people had never heard of: Chris Oynes.

Oynes was the top Interior Department official who, until he retired on 31 May, oversaw offshore oil- and gas-drilling for the Minerals Management Service (MMS) and before that supervised Gulf of Mexico oil and gas leases for 12 years.

It was his Department that so badly regulated the oil industry, in part because it was largely in bed with the industry.

Sunday’s NYT describes Oynes’ career as a regulator who the oil industry loved as he heralded in the current deep water age of the Gulf of Mexico.

This new deep-water era was allowed to happen on the back of a 250 page Environmental Impact Assessment that looked at the risks of deepwater drilling.

The document, published in 2000, was so full of contradictions that the Times calls it a “document at war with itself.”

It was this document that essentially allowed deepwater drilling.

Some of the concerns that are raised are particularly pertinent given what has happened:

But in some places the document is contradictory:

It argues that the “probability of deepwater-related spills occurring and contacting coastal waters is very low”, but that “some deepwater operations have the potential to result in very large oil spills”.

It also noted that “deepwater operations have the potential to result in oil spills on the OCS that are larger than those analyzed in previous EIS’s” which could “deliver greater volumes of oil into coastal habitats than spills that have been previously analyzed.”

It argues that “Further investigation is needed before the consequences of a blowout in deep water can be fully evaluated.”

Whether those investigations ever happened or any of these concerns were ever addressed by the MMS or other agencies, is now being investigated.

But the evidence so far suggests that they were not…