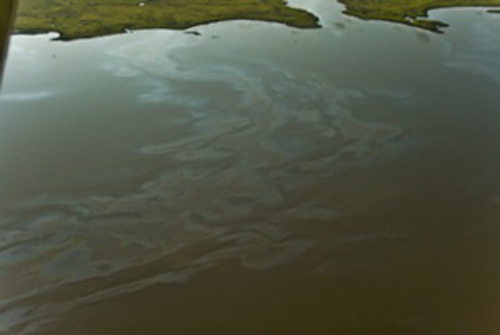 The fall-out continues from the US government report saying that 75 per cent of the spilled oil from BP’s macondo well has gone.

Scientists say it is “just not true” that the vast majority of oil from the BP spill has gone and in fact the opposite is true – that up to 75 per cent is still in the water.

“Recent reports seem to say that about 75% of the oil is taken care of and that is just not true. The fact is that 50% to 75% of the material that came out of the well is still in the water. It’s just in a dissolved or dispersed form.”

Susan Shaw, a marine toxicologist and director of the Marine Environmental Research Institute, said the White House had been too quick to declare the oil was gone. “The blanket statement that the public understood is that most of the oil has disappeared. That is not true. About 50% of it is still in the water,” she said.

Ronald Kendall, the director of the Institute of Environmental and Human Health at Texas Tech University who testified on Wednesday at a congressional into the use of dispersants says its “suspect” whether the government is right over the 75 per cent figure.”It’s too early to draw the conclusion that the coast is clear, but there are species there that will tell us.”

Dr Riki Ott is so outraged at the spin that the oil has gone, she has taken to calling it “oilgate”.

Writing after returning on a flight over the Gulf where she witnessed oil-laced waters in Bay Jimmy on the northeast side of Barataria Bay, (see picture) she said:

“The official story does not match the reality that I saw from the Cessna or have heard from people I have met during community visits since the well was temporarily sealed – and ever since I first arrived in early May. Public health is a huge concern – and with good reason.”

Ott continues: “The fact that the official story in the Gulf does not match what people are experiencing is more alarming to me than the oil disaster. How can our president hold BP accountable if he accepts – or worse is complicit in – the crime?”

Another veteran scientist from the Exxon Valdez spill is Rick Steiner.

“Now what we’re hearing is they don’t think the damage will be as bad as they initially thought,” Steiner says. “We have to remember that the same thing was said after the Exxon Valdez. But much of the damage didn’t become apparent until the second or third year.”

“It seems that there was a rush to declare this done, and there were obvious political objectives there,” he adds. “Even if there is not a drop of oil out there, and it had truly magically vanished, it would still be an environmental disaster caused by the toxic shock of the release of 5m barrels of oil.”