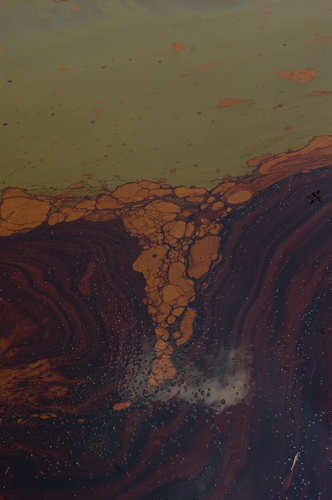 David Cameron’s government is now said to be preparing for the worst: that BP will collapse and be broken up.

One way that could be avoided is if key investors buy large chunks of the stricken oil giant.

But one option might be just as unpalatable to the British as BP being broken up: the thought of Libya buying into what is still seen as a British institution.

A leading Libyan oil executive has said he will recommend that the country’s sovereign wealth fund buys a stake in the company, the BBC reports this morning.

Shokri Ghanem, chairman of Libya’s National Oil Company, said BP shares were “good value for bargain hunters. BP is interesting now, with the price lower by half and I still have trust in BP. I will recommend it to the Libyan Investment Authority”.

International relations between the Libyans and the British are certainly better than the dark days over the Lockerbie bombing and the murder of PC Yvonne Fletcher.  But the concept will stick in the throat for many in the UK, especially if the Libyan stake was in any way significant.

But Ghanem’s comments will make sense to many investors. There is a general feeling that – if and when – the relief well is successfully drilled, the share price will rocket as investors issue a huge collective sigh of relief that at least the oil has stopped flowing into the ocean. They will begin to see and end to the disaster.

Some reports from the industry are saying that the relief wells are not too far away and that success is just around the corner.

But that optimism may be misplaced.

A great article last week by David Phillips last week noted that “Geologists and petroleum engineers are now debating the worst case scenario: growing evidence that the Macondo discovery well’s casings beneath the ocean floor have been irreversibly damaged, possibly to such an extent that it may be impossible to cap the well.”

He continued: “One popular hypothesis making the rounds online is that the underground well casing is fractured beyond repair. Some geologists and petroleum engineers argue that the top-kill failure could have resulted from too much “kill mud” leaking out of cracked pipe casings into the surrounding rock formation instead of flowing deeper into the well.”

He quoted an anonymous posting from the OilDrum website, going into the failure of the Top Kill. Many in the industry believe that the well itself is in a perilous state.

“I took some time to go into a bit of detail concerning the failure of Top Kill because this was a significant event. To those of us outside the real inside loop, yet still fairly knowledgeable, it was a major confirmation of what many feared. That the system below the sea floor has serious failures of varying magnitude in the complicated chain, and it is breaking down and it will continue to.”

What does this mean?

It means they will never cap the gusher after the wellhead. They cannot…the more they try and restrict the oil gushing out the bop?…the more it will transfer to the leaks below. Just like a leaky garden hose with a nozzle on it. When you open up the nozzle?…it doesn’t leak so bad, you close the nozzle?…it leaks real bad”

So what does this really mean?

It means that the vultures may be circling the BP carcass to pick off the best pieces or even invest in it hoping that it can become a phoenix and rise about the ashes of the disaster.

But if the well casing is damaged below where the relief well hits, this raises a whole new series of questions – and the nightmare one for any potential investor is – could this be a disaster without end?