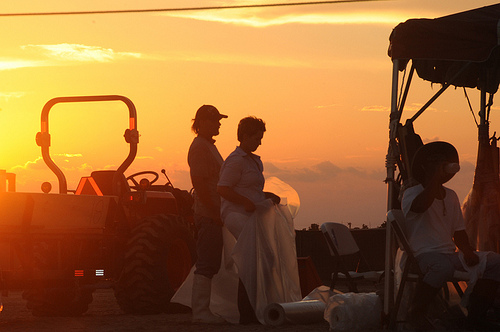 A BP presentation to investors from March 2010 – a month before Deepwater – is doing the rounds on the net after being picked up by Propublica.

In fact the presentation to analysts is on BP’s own website.

The presentation shows how so much has changed for BP since the disaster – and if nothing else how much BP has fundamentally undermined its own future by what has happened.

Outlining the company’s “Forward Agenda”, Tony Hayward outlined how a priority for the company was its “Safe and reliable operations” and how the BP was trying to “continue [the] journey in personal safety”.

The Gulf of Mexico – where BP is currently persona non grata – is repeatedly referred to as central to the company’s plans. So is Deepwater generally.  The company refers to recent successes in the Gulf of Mexico, such as Mad Dog II and Tiber.
Beyond 2015, BP sees its growth in:

There is no doubt that if and when the relief well plugs the Macondo Well, the company’s share price will rise as analysts will be able to begin to see an end to the company’s liability to this accident.

But they will be missing the point – by this act of recklessness, BP has undoubtedly made deep offshore far less of a political certainty for the US and other key players like Brazil. It has certainly made it more expensive as greater oversight and regulations will push costs up.

In the presentation, BP boasted about being the leading deepwater company, producing over 200 million boed more than their nearest rival Shell and nearly double third place Exxon.

So the company has seriously undermined its own future –potentially shutting off one key area of growth. Considering many of the unconventional gas reserves are currently seen to be in the US, as are the “giant fields” like Prudhoe Bay and Thunder Horse, then if the US government takes political action to stop the company operating in the US, it will be in serious trouble.

Reading the slick presentation now must be uncomfortable reading for the company’s CEO, Tony Hayward, who the Russian’s were saying yesterday they had been told was already standing down.

On drilling the company boasted about “Minimizing” BP’s “footprint”.

With the benefit of hindsight, that one was not such a good promise…

How things change in a matter of weeks…

And is seems certain that Tony Hayward will not be there next April to talk to analysts. I would have thought that head of E&P, Andy Inglis, will go too.

So there could be Mad Dogs, but no Englishmen this time next year in the mid-day Louisiana sun…