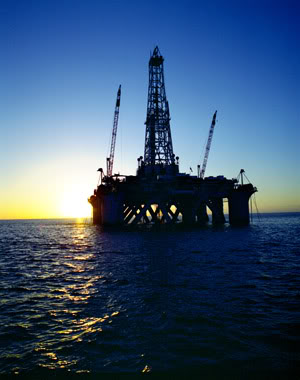 To pardon the pun, but the tide is turning. Soon everything could be back to normal.

Part of the industry campaign is to argue that support for offshore drilling remains strong.

However, a recent CNN/Opinion Research Corporation poll of adults taken on June 16th, the day after President Obama’s Oval Office energy address, found an 18% swing towards opposition to increased drilling compared to a similar poll taken three weeks ago.

Despite this, over the last few days, there has been a series of articles and radio programs exploring the theme of a resumption of offshore drilling.

The paper quotes Chris John, a former Democratic congressman who is president of the Louisiana Mid-Continent Oil and Gas Association who “ points to polls showing continued support for drilling as a sign the industry’s appeal to economic interests can work.”

Hmmm. That doesn’t seem to be the case if last week’s poll is anything to go on.

The Louisiana Mid-Continent Oil and Gas Association has been working with the American Petroleum Institute “to replace the moratorium with increased safety oversight”.  So the industry message is that – we will give you increased safety – if you give us our drilling back.

The paper also highlights how yesterday, an oil-services company presented legal evidence to a District Court in New Orleans to overturn the deepwater drilling ban. The judge plans to issue a ruling tomorrow.

Today’s Washington Post continues this theme and argues that, regardless of the court action in New Orleans, “the trend toward deep-water oil exploration is likely to continue, analysts said, especially in the Gulf of Mexico”.

The Post argues that within five years, global deep-water production is expected to rise by two-thirds, to 10 million barrels a day, according to Cambridge Energy Research Associates.

Meanwhile, two days ago National Public Radio said many Gulf Coast residents described the drilling ban as a “cure as destructive as the disease”.

But, given Deepwater, is offshore drilling the right medicine for a clean energy future?