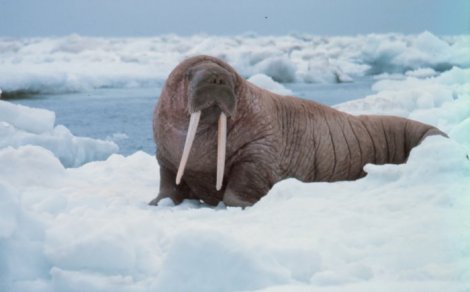 Is this what the beginning of the end of the oil age looks like?

Millions of gallons of oil continue to pour out across the Gulf, devastating wildlife and countless livelihoods, from tourism to fishermen.

Thousands of people are employed scooping, skimming, burning and mopping up oil in a largely fruitless gesture.

All the time the oil industry and its allies press to open up more areas for exploration.

A President makes an impassioned plea to end this madness – this addiction.

Words that could have been spoken by an anti-oil camapigner are spoken by a President: “For decades, we have known the days of cheap and easily accessible oil were numbered. For decades, we’ve talked and talked about the need to end America’s century-long addiction to fossil fuels” said Obama yesterday.

“And for decades, we have failed to act with the sense of urgency that this challenge requires. Time and again, the path forward has been blocked — not only by oil industry lobbyists, but also by a lack of political courage and candor.”

He spoke from the Oval office, reflecting the seriousness of the situation. He continued:

“We cannot consign our children to this future. The tragedy unfolding on our coast is the most painful and powerful reminder yet that the time to embrace a clean energy future is now. Now is the moment for this generation to embark on a national mission to unleash America’s innovation and seize control of our own destiny.”

America ridding itself from the sleazy dirty embrace of big oil and seizing its own clean destiny. Fine words, but what about actions?

Is this really the beginning of the end of the oil age?

Earlier in the day, across the busy streets of Washington, lined up in the dock were five oil giants in front of a Congressional committee.

The industry is used to the motto that united we stand, divided we fall – cartels are built on strength that cannot show weakness.

But BP’s friends are vanishing faster than an ice-cream on a baking Alabama beach.

“We would not have drilled the well the way they did,” Rex W. Tillerson, chief executive of Exxon Mobil, testified.

“It certainly appears that not all the standards that we would recommend or that we would employ were in place,” said John S. Watson chairman of Chevron.

“It’s not a well that we would have drilled in that mechanical setup,” added Marvin E. Odum, president of Shell, twisting the knife into the back of BP.

But we know the corrupt and lax regulatory regime that was operational in the Gulf of Mexico, meant that it was not just BP that was flying by the seat of its pants.

As much as the other oil companies tried to blame BP, they are not themselves beyond blame. All were unprepared for a spill of this nature.

“It could be said that BP is the one bad apple in the bunch,” Rep. Bart Stupak said at the hearing. “But unfortunately they appear to have plenty of company. Exxon and the other oil companies are just as unprepared to respond to a major oil spill in the gulf as BP.”

House Energy and Commerce Chairman Henry A. Waxman said that the “cookie-cutter” plans show that “none of the five oil companies has an adequate response plan” for a spill like the one.

As the Washington Post explains, there were “five plans for coping with an oil spill, all written by the same tiny Texas subcontractor.”

Three of them listed the phone number for the same University of Miami marine science expert, Peter Lutz, who died in 2005.

Four talked about the need to protect walruses, which, as Rep. Edward J. Markey dryly noted, “have not called the Gulf of Mexico home for 3 million years.”

The plans also mentioned protecting sea lions and seals, which aren’t found in the gulf, either.

Waxman also noted that the five companies rely on Marine Spill Response to provide equipment. “When you look at the details, it becomes evident these plans are just paper exercises,” he said.

As for BP, after weaving and ducking. Lamar McKay head of BP America said: “We are sorry for everything the Gulf Coast is going through. We are sorry for that and for the spill.”

But sometimes saying sorry is not good enough..