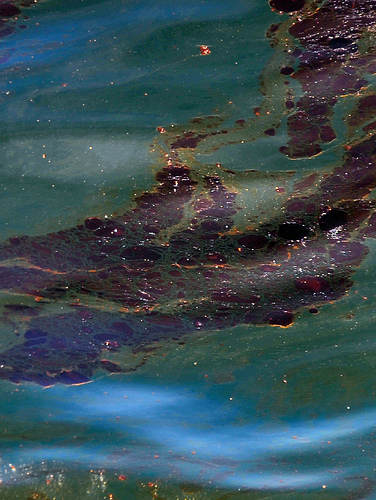 It is a damning document that may well decide Tony Hayward’s fate.

It will certainly give him sleepless nights before his Congressional appearance on Thursday.

The letter from the Committee on Energy and Commerce to Tony Hayward outlines the preliminary results of their investigation into the Deepwater disaster and its does not look good for BP.

The conclusions are that it was BP’s accident. It was their people, their processes and systems that were at fault. And it seems they overrode the warnings from their own employees and contractors to save time and money.

The Committee’s investigation raises “serious questions about the decisions made by BP in the days and hours before the explosion on the Deepwater Horizon”, argues the letter

The committee argue that “In spite of the well’s difficulties, BP appears to have made multiple decisions for economic reasons that increased the danger of a catastrophic well failure. In several instances, these decisions appear to violate industry guidelines and were made despite warnings from BP’s own personnel and its contractors. In effect, it appears that BP repeatedly chose risky procedures in order to reduce costs and save time and made minimal efforts to contain the added risk.”

Money seems to be the overriding concern in the final days of the operation to cap the well. As the committee explains:

But by April 20, the of the blowout, the rig was 43 days late for its next drilling location, “which may have cost BP as much as $21 million in leasing fees alone. It also may have set the context for the series of decisions that BP made in the days and hours before the blowout.”

The committee have outlined five areas where BP made decisions that “increased the danger of a catastrophic well,” including the choice for the design of the well, preparations for and tests of the cement job and assurances that the well was properly sealed on the top:

•    On well design, BP chose the riskier option as the safer option would have cost $7 to $10 million more.

•    BP was warned that its well could have “SEVERE gas flow problems” if it used a limited number of centrilisers to keep the well casing centered in the wellbore. But BP rejected Halliburton’s advice to use additional centralizers. In an e-mail on April 16, a BP official involved in the decision explained:

” it will take 10 hours to install them . .. . I do not like this.” Later that day, another official recognized the risks of proceeding with insufficient centralizers but commented: “who cares, it’s done, end of story, will probably be fine.”

•    A review by BP in mid-April review predicted the well could suffer from cement failure, stating

“Cement simulations indicate it is unlikely to be a successful cement job due to formation breakdown.” Despite this warning and Halliburton’s prediction of severe gas flow problems, BP did not run a 9- to 12-hour procedure called a cement bond log to assess the integrity of the cement sea.

BP had a crew from Schlumberger on the rig on the morning of April 20 for the purpose of running a cement bond log, but they departed after BP told them their services were not needed. An independent expert consulted by the Committee called this decision “horribly negligent.”

•    BP did not deploy a crucial lock-down sleeve, that would have added to the well’s stability.

The letter concludes that “Time after time, it appears that BP made decisions that increased the risk of a blowout to save the company time or expense. If this is what happened, BP’s carelessness and complacency have inflicted a heavy toll on the Gulf, its inhabitants, and the workers on the rig.”

Henry Waxman, the chairman of Committee has also added that: “Every time they [BP] had a decision to make they decided to cut corners; to do things faster than they otherwise should have been done; to do it less expensively and the consequence of this, as one independent expert told us, was horribly negligent.”

“They violated what their own employees were recommending they do, they violated their own industry practices and they ignored the recommendation of contractors who told them to do certain tests to avoid safety concerns.”

This is how the New York Times puts it having read the documents: “Taken together, the documents offer the strongest case yet that BP bears much of the responsibility for the catastrophic explosion that killed 11 workers and the still-unchecked leaking of millions of gallons of oil into the Gulf of Mexico.”

Yes, Mr Hayward, this was your accident.