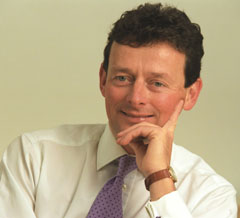 Its time for BP’s CEO Tony Hayward to go.

His is clearly not capable of stopping this spill. BP’s latest efforts at a “top kill” have failed badly. It may be August now before the spill is stopped.

He has lost the confidence of investors. Shares in the oil giant have plunged as much as 15 per cent today after markets reacted to the news that the “top kill” had failed.

A quarter of federal waters in the Gulf are now closed to fishing.

The company is already facing 30,000 economic injury claims from affected businesses and individuals.

He is clearly not capable of telling the truth. His latest lie is trying to say that there is no oil in the water column.

“The oil is on the surface,” said Hayward. There aren’t any plumes.”

Hayward’s assertion flies in the face of studies by numerous scientists at universities in Florida, Georgia and Mississippi, who say they have detected huge underwater plumes of oil, including one 120 metres (400ft) deep about 50 miles from the destroyed rig.

Researchers say they have found at least two sprawling underwater plumes, one of which was headed toward the continental shelf off the Alabama coastline, waters thick with fish and other marine life.

Samantha Joye, a University of Georgia scientist who is part of a team taking samples out in the Gulf, is one scientist who was finding oil in the deep-water at the week-end.

Hayward is clearly capable of telling gaffes though.

His latest one to cause outrage is “There’s no one who wants this over more than I do. I would like my life back.”

Tell that to the fisherman and others whose lives have been ruined by this spill.

This latest gaffe comes on top of other great ones:

Hayward to the New York Times: “What the hell did we do to deserve this?”

In Forbes magazine. The company’s spill response has been “extraordinarily successful”.

In the Guardian: “The Gulf of Mexico is a very big ocean. The amount of volume of oil and dispersant we are putting into it is tiny in relation to the total water volume.”

Sky News: “I think the environmental impact of this disaster is likely to be very, very modest.”

Hayward looks to be a dead man walking. As the Times reports this morning: “There were growing questions yesterday over Mr Hayward’s ability to survive the disaster. ‘It’s getting harder to see how he can really escape from all this,’ said one oil industry executive. ‘He may struggle on until they finally plug it but the US Government is going to demand someone’s head on a plate and he is the most likely candidate.’”

Hayward should do the decent thing and go now.