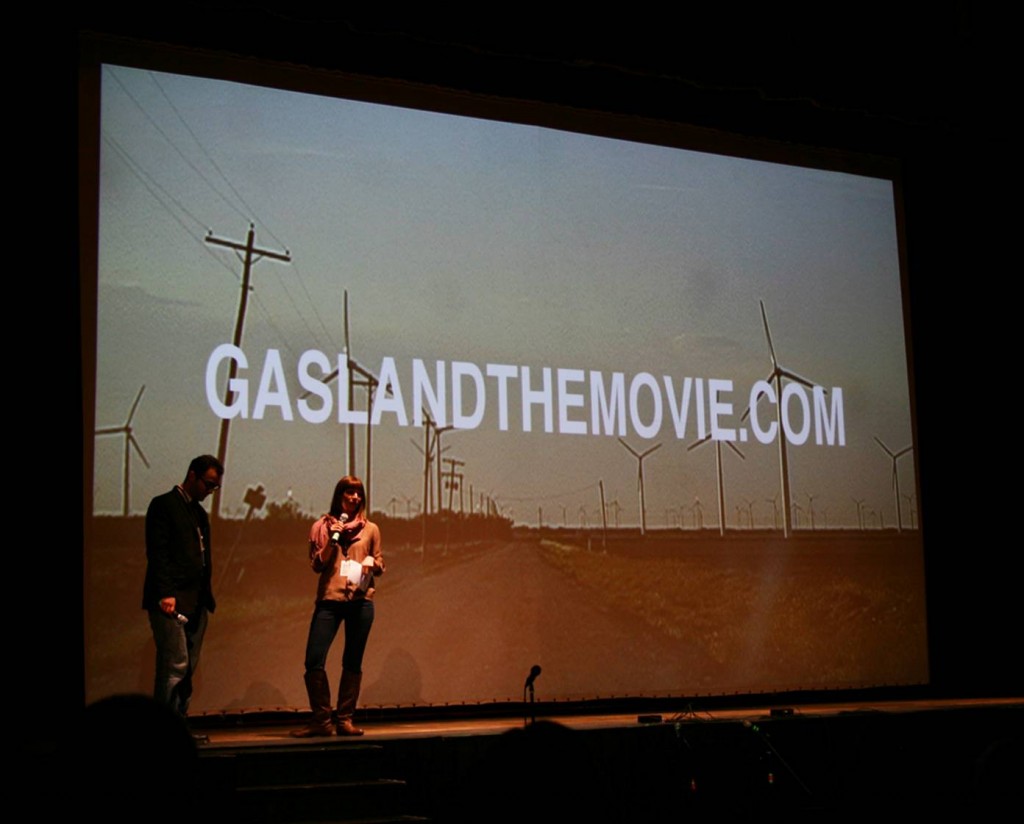 As the shale gas boon sweeps America, there is a key battle going on between the oil and gas industry and environmentalists about the environmental impact of fracturing.

Fracturing  – where chemicals, sand and water are used to separate the gas from rocks – has been used in oil and gas drilling for decades, but such is the oil shale boom that its use is now near large areas of population in Pennsylvania and New York.

This has led to real concerns about contamination of drinking water.

These concerns are brought to life in the film Gasland – which won the Special Jury Prize for Documentary at the Sundance Film Festival last month.  It depicts those people whose water has been contaminated.

Industry leaders are worried about this powerful film. Bill Cooper, president of the Center for LNG told an American Gas Association luncheon earlier this week that Gasland “was well done. It holds people’s attention. And it could block our industry.”

Such is the concern about hydraulic fracturing – or fracing as it is known – on water quality and public health, that the EPA is about to launch a $2 billion study.  The oil industry is worried that “If research reveals that this drilling technique has adverse health or environmental effects, new regulations could be promulgated that could discourage shale-gas development, one of the country’s most prolific sources of natural gas.”

And according to the New York Times, their efforts may be successful. The latest draft of the climate and energy bill being written by Senators John Kerry, Lindsey Graham and Joe Lieberman apparently includes language saying U.S. EPA will not regulate the oil and gas drilling technique.

A draft discussion paper says that the states should be left to regulate fracturing and that the chemicals used in the fracturing fluid should be kept secret.

Environmentalists are arguing that the details of the chemicals should be publicly disclosed so that neighbours of the drill sites will know what they might be exposed to in their drinking water.

Amy Mall of the Natural Resources Defense Council argues: “It’s still essential to have federal oversight and a minimal regulatory floor. Communities across the country have completely lost trust in state regulators to protect their drinking water.”