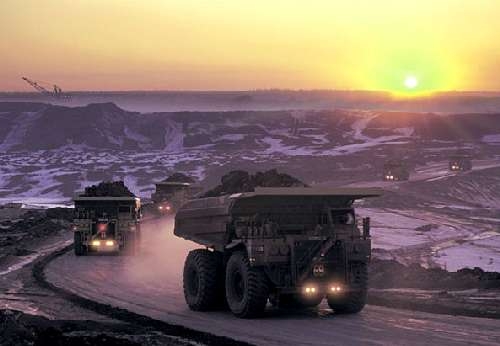 Remarks made by Shell CEO, Peter Voser to the Financial Times Energy Editor that his company has “clearly scaled down” its plans for a massive expansion of tar sands production should send waves of anxiety through the Canadian oil industry and a serious rethink among energy security hawks in Washington.

Since the middle of last year I have been writing about the vulnerability of the tar sands industry to a slow down in the growth rate of oil demand. With some of the most expensive cost structures in the oil industry, the future growth of tar sands production requires oil prices to stay high over the long term.

But high oil prices exert a deflating effect on the economy and in turn reduce demand and prices.Compounding this effect is the fact that high oil prices have made large economies that are increasingly dependent on oil imports, such as the USA and China, painfully aware of their economies’ vulnerability to the rising cost of oil.

As a result policies to decrease oil use are gathering strength and this is being further reinforced by climate change policy.

Forecasts for oil demand in the 2020-2030s have been progressively reduced by agencies such as OPEC and the IEA over the last four years based on the emerging realisation that governments can and will implement demand reduction polices to protect their economies and address climate change.

These policies will mostly take advantage of the huge scope for efficiency in the private transport fleet meaning more efficient traditional engines as well as increasing diversification into electrification.

The net result is that the highest cost barrels in the market (read tar sands) may not reap the profits in the long term that oil companies have been hoping for.

So when a company like Shell, the biggest international oil company in the tar sands that has stated on several occasions that its ambition is “to be the leading oil sands operator” starts to show signs of an about turn, the rest of the industry should be worried.

Shell spent most of the last decade aggressively ramping up its position in the tar sands. In 1999 it started constructing the Athabasca Oil Sands Project, at the time it was the first major new tar sands project for 25 years.

It went on to acquire some of the biggest leases in the industry and had plans to increase production from 155,000 barrels a day (b/d) today to 770,000 b/d in the 2020s at its mining operation alone.

The company also had plans to develop more energy intensive in situ production to over 100,000 b/d and had made a land purchase in 2006 described by the Wall Street Journal as “eye popping” of bitumen carbonate deposits in Alberta, an as yet un-commercial resource that may require huge amounts of electricity (think nuclear) to bring into production.

In fact together with its endeavours to develop oil shale in the USA, China and Jordan, Shell was clearly positioning itself as the world’s prime developer of energy intensive unconventional oil.

But Voser’s claim to the FT that it will not seek further expansions at least for the foreseeable future is a significant change of tone compared to the extreme confidence with which any mention of unconventional oil was discussed up to just a few months ago.

Even after the recession put the next phase of expansions at the AOSP project and Shell’s Carmon Creek in situ project on hold, Shell continued to discuss unconventional oil as an inevitable part of the future.

If Shell now feels that unconventional oil may be too risky and, as stated in the FT, plans to refocus on conventional oil and gas, what does that mean for Alberta, Canada, the tar sands industry and US energy security?

It could mean that those of us that have been saying for some time now that real energy security will come from reducing oil demand through efficiency and technology diversity rather than pretending that we can keep paying for more expensive and more environmentally destructive oil are right.

The industry and those in Alberta and Canada that depend on it may have to accept that the dreams of reaching 5 million b/d were never realistic and have led to a dangerous over reliance on tar sands for the companies involved and the Albertan and Canadian economies.

Time will tell but the storm clouds on the tar sands horizon appear to be gathering.