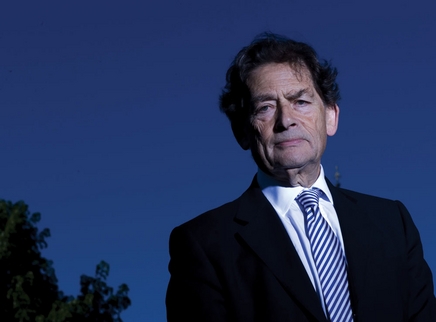 The climate sceptics are riding high this week as the leaked emails from the University of East Anglia continue to make news.

Riding the crest of the wave is the ex-British Chancellor Nigel Lawson, who is rapidly re-inventing himself as a climate sceptic cause célèbre.

The timing of the leaked emails this week could not have come at a better time for Lawson, who launched his new policy think tank, the Global Warming Policy Foundation yesterday in the House of Lords.

Lawson calls the new think tanks an “all-party and non-party think tank” and has registered it as an educational charity.

He argues that: “Our main purpose is to bring reason, integrity and balance to a debate that has become seriously unbalanced, irrationally alarmist, and all too often depressingly intolerant.”

Nothing could be further from the truth. There is nothing “non-political” about Lawson’s new think tank or his work on climate change.

He is linked into the hard political right in the UK and Europe. You know Lord Lawson’s think tank has been set up to distort the debate on climate change, by pushing forward the sceptic agenda.

Lawson and his think tank are highly political, linked to the Conservative old guard, the right-wing think tank the Institute of Affairs, and its offshoot the International Policy Network.

Lawson himself is linked to the seriously hard right-wing sceptics in the Conservative party, including Roger Helmer MEP, some of whose views make the UK Independence Party look mild.

The Board of the Trustees are predominently old political grandees, none of whom has a history in climate science. Even the Academic Advisory  Council is seriously lacking in climate scientists, but is full of renown climate sceptics such as David Henderson, Richard Lindzen, Paul Reiter and Phil Stott.

The Director of the Instiute is Dr Benny Peiser, who again is hardly non-political. Peiser has worked with the right-wing International Policy Institute on a book called Adapt or Die, whose other authors were known climate sceptics, and right-wing activists.

Peiser also used to be on the Scientific Advisory Board of the Scientific Alliance, that was set up to counter the environmental movement by Scottish quarryman, Robert Durward.

Durward is the founder and chair of the New Party, which is so right-wing it was once labeled “fascist and undemocratic” by the Scottish Tories.

Peiser and Lawson both spoke at Roger Helmer’s Counter Consensual Conference on Climate Change in Brussels last year, which again was full of sceptics.

So Lord Lawson – you are not non-political, nor will you bring honesty or balance to the climate change debate.

You are honest about one thing though. In your biased book on climate change you say: “I readily admit I am not a scientist”.

So you really don’t know what you are talking about….