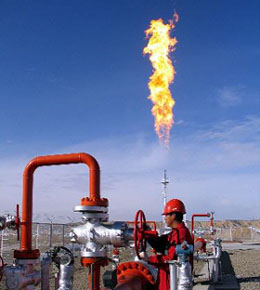 When the final chapter of the dying days of the hydrocarbon age is written, the petro-politics of one nation will probably have more bearing on the outcome than any other.

Whether you are reading about Africa, Canada or the Middle East –  the country of concern will be China. (Also see Friday’s blog about the Chinese buying into the tar sands).

As the Chinese tentacles spread steadily across the globe through acquisitions and tendering, so does the opposition against the new energy imperialist.  And the latest indigenous rights movement has sprung up against the Chinese in an unlikely quarter: Iraq.

Saturday’s New York Times reports about a local rights moment that is growing against the Chinese oil company, something that would have been unthinkable in Saddam’s time.

“No one would have dared to ask for such a thing during Saddam’s regime; if he did, he would definitely be executed,” said Ghassan Ali, a 43-year-old farmer who lives near the oil field. “But now we are a democratic country, so we have the right to ask for our rights like any other province in Iraq.”

Local campaigners have started demanding at least $1 of each barrel of oil produced at the Ahdab field be used to improve access to clean water, health services, schools, and roads in the province, which is among Iraq’s poorest.

“We get nothing directly from the Chinese company, and we are suffering,” said Mahmoud Abdul Ridha, head of the Wasit provincial council, whose budget has been cut in half by Baghdad in the past year because of lower international oil prices. “There is an unemployment crisis. We need roads, schools, water treatment plants. We need everything.”

Now tensions between the rich Chinese and poor Iraqis has boiled over into sabotage and intimidation of Chinese oil workers.  The dispute, warns the NYT, has turned the “Ahdab field into a cautionary tale for international oil companies seeking to join the rush to profit from Iraq’s vast untapped oil reserves. “

The paper continues: “The basis of the complaints here is that, aside from the hiring of a few hundred residents as laborers and security guards at salaries of less than $600 a month, the Ahdab field — a roughly $3 billion development project — has provided no local benefit.”

Ghazi Hwaidi, 39 a local farmer whose fields are being swallowed by the oil development was seeking compensation for damaged crops as well as applying for a job with the oil company. He has not received word about either effort.  “My farm is now more like an oil field,” he said, “and I have gotten nothing for it.”