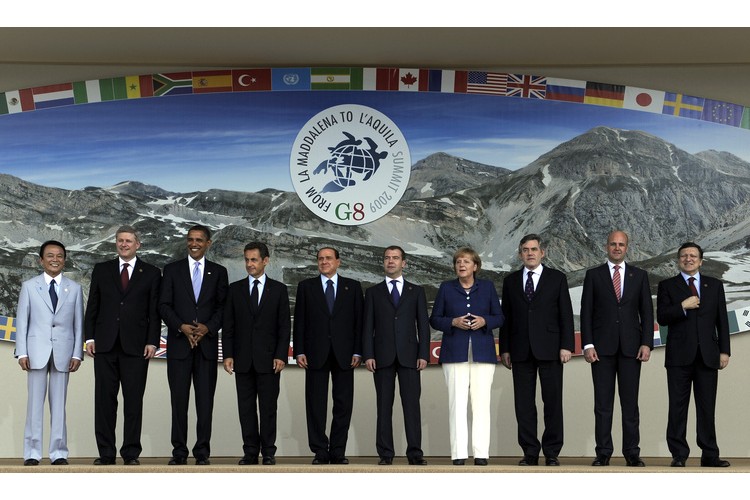 First some good news: The G8 has agreed for the first time agreed that it must limit worldwide temperature rises to no more than 2C, the minimum rise to prevent irreversible climate change.

The richest industrialised countries also agreed for the first time that they should collectively cut emissions by 80% by 2050, and that the world should be able to cut its emissions by 50% by the same date.

But –  and there is always a but – here comes the bad news:

The Summit has given no indication of how targets will be met.  As is the way with most G8 meetings the political fudge is that the communique released set a fuzzy baseline for their 80% cut “of 1990 or more later years”. It also acknowledges baselines may vary but “efforts must be comparable”.

There is a huge range of baselines. For example, whereas the Europeans are pushing for 1990, the Canadian Prime Minister, Stephen Harper, is arguing for Canada’s baseline to be 2006 – the year he came to power.

The communiqué also failed to set interim targets for 2020 – something being heavily resisted by the Obama Administration, despite all the smiles and warm hand-shakes.  So the US and Canada remain road-blocks to true progress.

And an even greater disappointment is that the G8 failed to reach agreement with developing nations on how emission reductions should be achieved – a severe disappointment to those expecting Barack Obama to break a decade long deadlock.

There had been hopes in the run up to the summit that the developing countries – led by China, India and Brazil and the G8 would strike an agreement, but developing nations held out. These countries wanted to see more specific targets from the rich nations before they would make any firm commitments. In addition, they wanted the rich countries to put out a specific figure on how much cash they were willing to pay to help with green technology transfers.

Obama will today chair a meeting of 17 nations, including China and India, to try asn get everyone to “jump together” by agreeing to halve their emissions by 2050. But an immediate breakthrough is seen as unlikely, especially as Chinese President, Hu Jintao, has returned home to deal with the ethnic unrest in China’s western Xinjiang territory.

Not surprisingly development and environmental NGOs are disappointed. “It’s the same gridlock we had last year when Bush was president,” said Alden Meyer, of the Union of Concerned Scientists.

Antonio Hill, a spokesman for the charity Oxfam, said: “The G8 might have agreed to avoid cooking the planet by more than C, but they made no attempt to turn down the heat any time soon. 2050 is too far off to matter – poor people are being hit today. We must see emissions cuts of at least 40 per cent by 2020 and G8 money to help the poorest countries cope with climate chaos.”

Tobias Muenchmeyer, Greenpeace International’s political adviser, said: “While agreeing to keep temperature rise to below C without a clear plan, money or targets on how to do this, the G8 leaders will not have helped to break the deadlock in the UN climate negotiations.”

But the politicians are spinning it as an unparalleled success. UK Prime Minister, Gordon Brown hailed the deal as “historic agreements in terms of desired outcomes in climate change”.

German Chancellor Angela Merkel said it was “a clear step forward.” Williams Burns, Obama’s undersecretary of state for political affairs said:  “I think it’s a strong statement and it reflects a real sense of urgency.”

The real tragedy is that even though the politicians talk of urgency the politics are still seriously lagging behind the science which is becoming more urgent by the day. And the gap between what politicians are prepared to agree and what the science demands is growing every day.