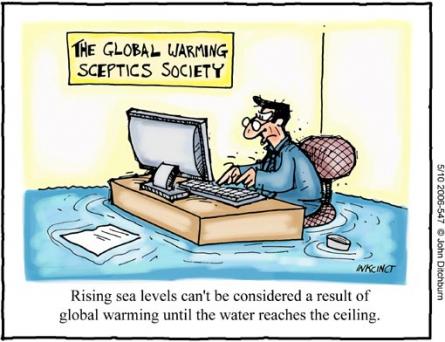 Do leopards change their spots? Of course not.

The world’s largest oil company, that has been the leading funder of climate sceptics for a decade, is still continuing to fund the deniers, despite a public promise last year to stop funding organisations that “divert attention”  from the fight against climate change.

The Guardian newspaper has picked up on the story, and it quotes Bob Ward, policy and communications director at the Grantham Research Institute on Climate Change and the Environment, at the London School of Economics, who has had a run in with Exxon for a number of years over its funding of the sceptics. Ward argues that both the last two organisations on the list, the NCPA and the Heritage Foundation have published “misleading and inaccurate information about climate change.”

On its website, the NCPA says: “NCPA scholars believe that while the causes and consequences of the earth’s current warming trend is [sic] still unknown, the cost of actions to substantially reduce CO2 emissions would be quite high and result in economic decline, accelerated environmental destruction, and do little or nothing to prevent global warming regardless of its cause.”

The Heritage Foundation published a “web memo” in December that said: “Growing scientific evidence casts doubt on whether global warming constitutes a threat, including the fact that 2008 is about to go into the books as a cooler year than 2007”.

Ward, ex-Royal Society, told The Guardian “ExxonMobil has been briefing journalists for three years that they were going to stop funding these groups. The reality is that they are still doing it. If the world’s largest oil company wants to fund climate change denial then it should be upfront about it, and not tell people it has stopped.”

So rather than dropping the funding of sceptic groups, as it said it would, Exxon now directly funds the climate sceptics. Just goes to show that the old saying:  “You can look an oilman in the face, but you can’t believe what comes out of his mouth,” is true today as it ever was.