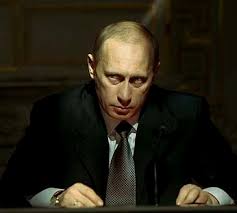 Oil may be at its lowest level for years, but Russian Prime Minister Vladimir Putin has warned consumers that the “era of cheap gas” is coming to an end.

At a meeting to create a new forum of gas exporting countries, Putin said: “The expenses necessary for developing fields are rising sharply, and this means that despite the current problems in finances the era of cheap energy resources, of cheap gas, is of course coming to an end.”

The members of the loose group of gas producers known as the Gas Exporting Countries Forum (GECF) signed a joint charter in Moscow for a new group to monitor the gas market, conduct joint research and coordinate policy.  The GECF was originally formed in 2001 but until now has had no formal membership, management or office, which will now be based in Doha, Qatar.

Putin argued that a formal organisation would help the gas market to become more stable, but after this year’s price volatility, no one believes him. The only thing is that it will probably see prices rise, if the new cartel sets output quotas like OPEC does for oil.