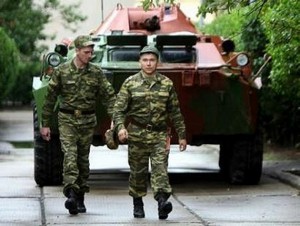 There is something absurdly silly about threatening a country with sanctions if it has something that you are completely dependent on. But that has now happened with Russia and the West over the crisis in Georgia.

With the EU threatening Russia with sanctions, the Daily Telegraph reports that “fears are mounting that Russia may restrict oil deliveries to Western Europe over coming days.” As the paper notes dryly “Any such move would be a dramatic escalation of the Georgia crisis and play havoc with the oil markets.”

And havoc it would be. For years the West, especially the EU, has slept-walked into Russian and gas oil dependency. Even when Putin cut the gas before no radical action was taken to shift away from oil and gas to cleaner more reliable sources of energy.

Reports are said to be circulating that Russian oil companies are under orders from the Kremlin to prepare for a supply cut to Germany and Poland through the Druzhba (Friendship) pipeline, from as early as next Monday.

The EU has failed to realize that, because of their failed policies on renewables, when it comes to energy at the moment, Putin holds all the aces. If there is a lesson in history – it is don’t threaten the Russians if they have something you want.